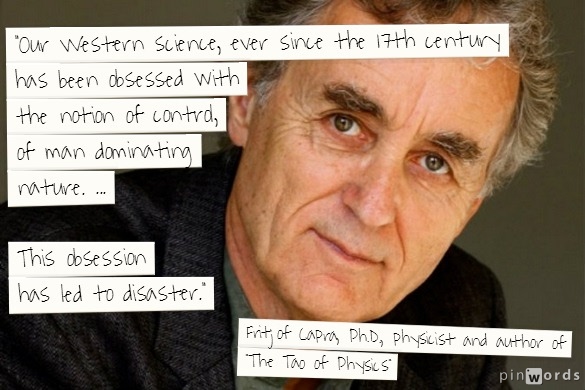 Background image by Zenobia Barlow via Wikimedia Commons
Beyond Science

10 Quotes Everyone Interested in Science or Philosophy Should Read, Ponder

“If a single, well verified mammal skull were to turn up in 500-million-year-old rocks, our whole modern theory of evolution would be utterly destroyed.”

“When Kepler found his long-cherished belief did not agree with the most precise observation, he accepted the uncomfortable fact. He preferred the hard truth to his dearest illusions; that is the heart of science.”

“Nature goes her own way, and all that to us seems an exception is really according to order.”

“The great scientific contribution in theoretical physics that has come from Japan … may be an indication of a certain relationship between philosophical ideas in the tradition of the Far East and the philosophical substance of quantum theory.”

-Werner Heisenberg, one of the creators of quantum mechanics

“For a parallel to the lesson of atomic theory … [we must turn] to those kinds of epistemological problems with which already thinkers like the Buddha and Lao Tzu have been confronted, when trying to harmonize our position as spectators and actors in the great drama of existence.”

“Our Western science, ever since the 17th century, has been obsessed with the notion of control, of man dominating nature. … This obsession has led to disaster.”

-Fritjof Capra, physicist and author of “The Tao of Physics”

“The mathematician’s patterns, like the painter’s or the poet’s, must be beautiful; the ideas, like the colors or the words, must fit together in a harmonious way. Beauty is the first test; there is no permanent place in the world for ugly mathematics.”

“As they are both currently formulated, general relativity and quantum mechanics cannot both be right. The two theories underlying the tremendous progress of physics during the last hundred years—progress that has explained the expansion of the heavens and the fundamental structure of matter—are mutually incompatible.”

“People like us, who believe in physics, know that the distinction between past, present, and future is only a stubbornly persistent illusion.”

“Side by side with the causality of classic physics, there exists a second basic principle in the universe which tends towards unity; [it is] a force of attraction.”

-Paul Kammerer (1880–1926), biologist who developed what he called a “law of seriality” related to coincidences.