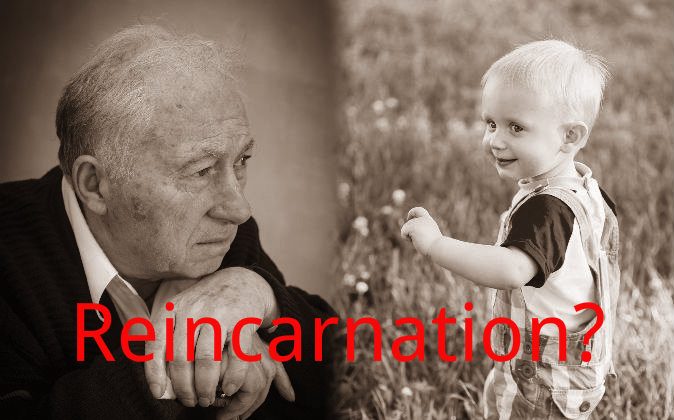 10. 3-Year-Old Remembers Past Life, Identifies Murderer and Location of Body

The late Dr. Eli Lasch, who is best known for his medical work in Gaza as part of Israeli government operations, studied the case of a 3-year-old boy who lived near the border of Syria and Israel.

The boy said he remembered being killed with an axe in his previous life. He showed village elders where his body was buried, where the murder weapon was buried, and he identified his killer. A body with a head wound was indeed found in the spot indicated, the axe was found, and the killer admitted what he had done.

9. Boy Remembers Wife and Killer of Past Life, Finds Them Again

Semih Tutusmus was born in the village of Sarkonak, Turkey. As soon as he could talk, he said his name was Selim Fesli. Tutusmus’ mother had a dream while she was pregnant in which a man appeared who identified himself as Selim Fesli and who had a bloody face.

A man by that name had died in a field in a neighboring village in 1958. He had been shot in the face and right ear. Tutusmus was born with a deformed right ear.

When he was 4 years old, Tutusmus walked to Fesli’s home and told Fesli’s widow, “I am Selim, you are my wife, Katibe.” He remembered intimate details of their life together and the names of his children. He also identified the man who shot him. This case was studied by the late Dr. Ian Stevenson of the University of Virginia.

Retired Assistant Fire Chief Jeffrey Keene felt inexplicably overcome with emotion and strange physical sensations when he visited the site of the Civil War Battle of Antietam as a tourist.

When discussing these sensations later, the words “not yet” appeared strongly in his mind. He took a new interest in the Civil War and while flipping through a magazine on the topic, the words “not yet” in quotation marks jumped out at him. General John B. Gordon had emphatically repeated “not yet” while holding his troops back at the Battle of Antietam.

The physical resemblance between himself and Gordon struck Keene. Furthermore, many of Keene’s fire crew seem to resemble people who fought for Gordon. Keene discovered other similarities between himself and Gordon, including birthmarks on his body where Gordon had been injured. This case was studied by Dr. Walter Semkiw, a psychiatrist who works as a reincarnation expert at the Institute for the Integration of Science, Intuition and Spirit (IISIS).

Dr. Jim Tucker of the University of Virginia studied the case of James Leininger of Louisiana, who was 2 years old when he began having nightmares of crashing in a plane. He said he was shot down by the Japanese, that his plane took off from the Natoma ship, and that he had a friend named Jack Larson. He also suggested that his name was James in this previous lifetime.

There was indeed a World War II pilot named James Huston Jr. whose life and death matched all these details. Leininger was also able to identify from a photograph the site where Huston’s plane crashed.

6. Death by Fire in Chicago

Luke was 2 years old when he started talking to his parents Cincinnati, Ohio, about a past life in which he had black hair, was a woman named Pam, and died in a building fire in Chicago after trying to escape by jumping out the window.

An African American woman named Pamela Robinson had died in 1993 in a fire at the Paxton Hotel in Chicago—she had jumped out a window while the building burned. Luke’s parents asked him what color his skin was when he was Pam (he’s Caucasian). He replied without hesitation, “Black.”

His mother printed out several photographs of African American women, including one of Robinson. Luke pointed to the photo of Robinson and said, “That’s Pam.” Luke’s story was told by the A&E network program “The Ghost Inside My Child.”

5. 4-Year-Old Remembers Past Life in Hollywood

Ryan was 4 years old when he began talking of his past life in Hollywood, which he said ended when he had a heart attack.

A book about Hollywood triggered further “memories.” He saw a picture from the 1932 movie, “Night After Night,” and said he was friends with a man in the movie who was a cowboy and also an actor in cigarette commercials. Gordon Nance was an actor in this movie; he starred in Westerns and was a spokesman for Viceroy cigarettes.

Ryan identified a picture of his past self, a man named Marty Martyn. Ryan remembered correctly a scene Martyn had acted in and details of Martyn’s life, such as his time tap dancing on Broadway, his three younger sisters, and the color of his car. Dr. Tucker investigated this case, verifying Ryan’s memories with Martyn’s remaining family members.

Duminda Bandara Ratnayake of Thundeniya, Sri Lanka, began to talk about his previous life as a monk when he was about 3 years old. He insisted on following the ritual behaviors and restrictions of monks.

He said he was a senior monk at Asgiriya temple, and that he had a pain in his chest when he died. He said he owned a red car, he spoke fondly of an elephant, and said he had a radio.

Ven. Mahanayaka Gunnepana, a deceased monk from Asgiriya temple, fit the boy’s descriptions. There were minor discrepancies; for example, he owned a gramophone instead of a radio, but the boy may not have known what a gramophone was to describe it accurately. Some of these traits were uncommon for monks in the region. This case was studied by Dr. Elendur Haraldsson, professor emeritus at the University of Iceland in Reykjavik.

Dr. Haraldsson traveled to Lebanon to investigate the case of a boy named Nazih Al-Danaf. Al-Danaf began telling his parents about his past life almost as soon as he could talk.

He spoke proudly about all his weapons. He used words his parents didn’t expect him to know at that age, showed an unusual interest in cigarettes and whisky, talked of a mute friend who had only one hand, said he had a red car, and said he died when people came to shoot at him.

Al-Danaf led the way to the home of his past life in Qaberchamoun, a small town about 10.5 miles away from his current home. A man named Fuad Assad Khaddage once lived there, and the details of his life matched what the boy said.

Khaddage’s widow asked the boy multiple questions to test him, including: “Who built the foundation of this gate at the entrance of this house?” Nazih replied: “A man from the Faraj family.” This was correct. He also answered her other questions correctly.

Ruprecht Schultz’s laundry business in Berlin, Germany, failed as World War II broke out. This seemed to trigger memories of a past life in which he similarly had a failed business.

He remembered his past-life business had to do with timber or shipping and that he committed suicide by shooting himself on a festival day after suffering financial losses. He seemed drawn to Wilhelmshaven, a port city in Germany, as the location and he felt it was in the 1880s.

Dr. Stevenson found records of a man named Helmut Kohler who committed suicide in 1887 in Wilhelmshaven during the festive Day of Repentance and Prayer. Kohler had made a poor choice in his shipping business, deciding to import a lot of timber based on false predictions of a rise in taxes on timber.

As it turns out, Kohler’s business wasn’t hurt as badly as he thought when he shot himself. This was a lesson for Schultz, who was facing great loss but sought hope for the future.

1. Screenwriter of ‘Gone With the Wind’ Reincarnated in the Midwest?

A little boy named Lee insisted his middle name was Coe and his birthday was June 26, though this was not true. He said he used to live in Hollywood and that he had a daughter named Jennifer. He said he wrote movies. When his sister asked him how old he was when he died, and he said he was 48.

His family listed off movies, asking him if he wrote any of them, and he reacted positively when “Gone With the Wind” was mentioned.

Sidney Coe Howard wrote the screenplay for “Gone With the Wind.” Howard had a daughter named Jennifer and he died at the age of 48. Dr. Tucker investigated this case.