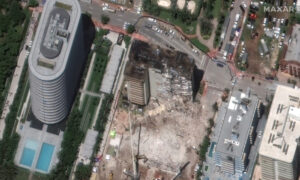 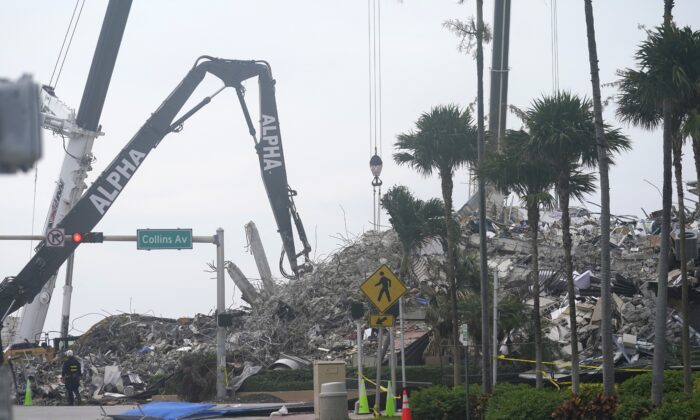 Authorities in Florida said 10 more victims were found in the rubble of a collapsed and demolished condominium tower, raising the death toll to 46. More than 100 people are still missing.

Miami-Dade Assistant Fire Chief Ray Jadallah made the announcement, saying that the bodies were recovered after crews “did some significant removal of the pile” that remains of the Champlain Towers South and “were able to get down to various areas to inspect.”

The tower partially collapsed about two weeks ago, and over the weekend, the building was fully demolished so crews could access previously unreachable areas. Crews couldn’t reach those areas due to the threat of the tower collapsing.

Over the past several days, authorities at the scene in Surfside have painted an increasingly grim picture. There have been no rescues from the site since the tower collapsed in the early morning hours on June 24.

“Right now, we’re in search and rescue mode,” Miami-Dade County’s police director, Freddy Ramirez, said in a July 6 news conference. But, he said, “our primary goal right now is to bring closure to the families.”

Crews have removed 124 tons of debris from the site, Cominsky said. The debris was being sorted and stored in a warehouse as potential evidence in the investigation into why the building collapsed, officials said.

During a July 7 briefing on the tropical storm, Republican Gov. Ron DeSantis made reference to the search for victims in Surfside.

“It’s going to be a deep wound for a long time,” the governor said, adding that he asked local fire officials about going inside the building before it was demolished. But, he said, “every single person said it was too dangerous.”

In the meantime, at least five lawsuits have been filed on behalf of residents of the tower. The first lawsuit was filed on the same day the building collapsed.

“We deserve to be able to walk into buildings without worrying that they’re going to come crumbling around us and to know that our loved ones can go to bed at night without worrying that they’re going to plummet 12 stories to the ground below in their sleep,” said Jeffrey Goodman, a lawyer representing children of missing resident Harold Rosenberg, in an interview with Fox News.