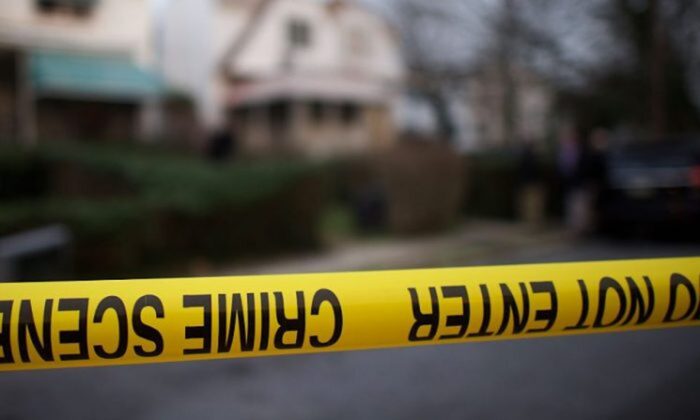 A Pennsylvania police officer was killed and two others were wounded when gunfire broke out as they were responding to a domestic disturbance call in Lebanon on March  31, city Mayor Sherry Capello confirmed.

The shooting occurred in Lebanon, about 30 miles east of Harrisburg, where officers responded to reports of a domestic disturbance just after 3:35 p.m. at the 1100 block of Forest Street, Capello told reporters in a press briefing.

Gunfire broke out nearly an hour after officers responded to the disturbance, Capello said, and officers radioed in that they were hit.

Of the two officers injured, one is in critical condition and the other is stable, officials said. Both are at nearby hospitals. The third officer has been pronounced dead.

“At this time we are focused on the tragic loss of the officer and the well-being of the other members of our police department,” said Mayor Capello.”This is an extremely difficult moment for everyone,”

The suspect, identified as a 34-year-old man, was killed in the shooting, Lebanon Police Chief Todd Breiner said during Thursday’s press briefing.

None of the names of those involved in the incident have been named by police.

“It’s clearly a traumatic event,” said Chief Breiner. “Our guys are strong, but we’re human and we have families and people were injured today. We’re all affected by this, and with the help of our families and every other law enforcement officer around this country, we’ll get through it.”

A second press conference is expected to be held on Friday.

Pennsylvania state Sen. Chris Gebhard, a Republican, offered his condolences to the families of the officers involved in Thursday’s incident in a Twitter post, which he captioned with the hashtag “back the blue.”

“My heart goes out to Lebanon City Police Department,” he wrote. “A sobering reminder of the dangers our brave men and women in uniform face day after day. And they keep showing up, running *towards* danger anyway. My thoughts are with the officers and their families.”

Elsewhere, the Pennsylvania Democrat Party said on Twitter, “tragic events like today’s are a reminder that men and women of law enforcement heroically put themselves in harm’s way every day.”

According to the Lebanon city police department’s Officer Down Memorial Page, Thursday marks the first time a city police officer has been killed in the line of duty since 1903 and is only the third such death in the department’s history.