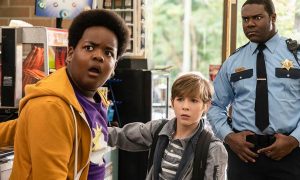 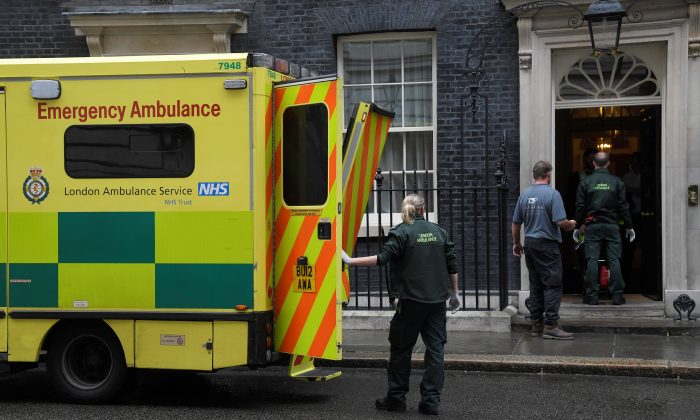 A stock photo of an ambulance. (Toby Melville/Reuters)
Europe

Officials in Ukraine said a 1-month-old boy was allegedly beaten by his teenage mother before she left him alone to go on a date.

Ukraine’s 1+1 media reported that the boy, named Mykyta, was found black and blue and in a dire situation in the city of Rivne, according to U.K. tabloid reports.

The boy was taken to a nearby hospital, and doctors said they had never seen a child in such a state.

The mother and child lived in a shared social hostel, the Mirror reported.

Neighbors had realized that Mykyta was alone in his room and began worrying about his condition. They then checked on him and discovered the child with serious injuries.

”When we entered the room we saw Mykyta in his crib,” Tetiana Prymak, a local woman, was quoted as saying by the news outlet. ”His right eye was black. His nose was blocked with dried blood and he was barely breathing.”

The neighbors called the police and an ambulance, and the boy was taken to a nearby hospital for treatment. According to the Daily Mail, the child was said to be in critical condition.

Mykhailo Kulik, the head of the intensive care unit of Rivne Regional Children’s Hospital said, “The boy is in a serious life-threatening condition. We suspect that his skull is fractured but we cannot examine it now,” he said. He detailed other forms of abuse and neglect.

The mother came home the next morning before she was taken to the police department, where she was questioned.

“The mother said that she was stressed out because of the baby’s constant crying. She left the baby home alone and went on a date,” police spokesman Anton Kruk explained, according to the Daily Mail (warning: graphic photos).

Police launched a criminal case against the mother for battery.

The head of the social hostel where the mother and child lived said she has “an older son.”

“She gave birth to him at 16 and he is three years old now. The child was taken from her to a rehabilitation center because of domestic abuse,” Igor Novosad was quoted by the Mirror (warning: graphic photos) as saying.

Andriy Mishchenia, the head of Rivne Child Protection Service, noted that the child will be taken away from the mother.

“The baby boy will be taken away from her and placed into an orphanage,” he said.

The mother faces as many as five years in prison if she is convicted, police said.

According to a Department of Health and Human Services report (pdf), about 3.5 million children were the subject of at least one maltreatment report in the federal fiscal year 2017. The victim rate is 9.1 victims per 1,000 children in the population.

Children in their first year of life have the highest rate of victimization at 25.3 per 1,000 children of the same age in the national population.