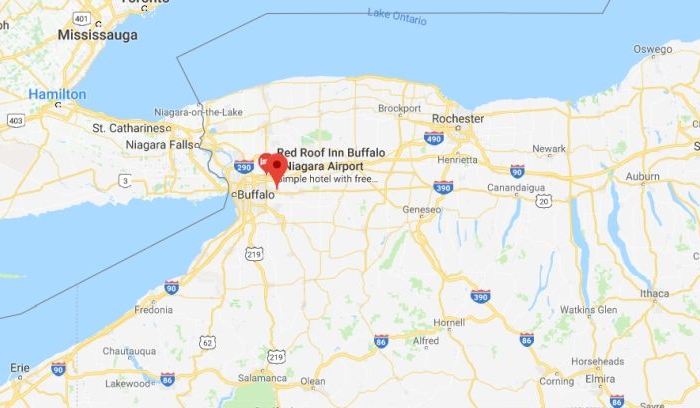 At least 75 vehicles were involved in a crash in Lancaster, New York, on Interstate 90 East on Tuesday, Jan. 2, according to reports. One person was confirmed dead, local outlet WIVB reported.

The pileup took place at around 2:30 p.m. ET on Tuesday, involving dozens of vehicles near Ransom Road in Lancaster.

The Erie County Executive’s Office said that 22 vehicles crashed, but reports said 75 were involved in a pileup. Some reports said that the pileup was about a mile in length.

JUST IN: Video of ~100 car pileup on I-90 outside #Buffalo – shot by Kadire Flowers pic.twitter.com/4DvIYqMqJu

Many of the injuries are reported as minor.

Whiteout conditions in the area are expected.

VIDEO: 74 Car Pile-up On I-90 Near Buffalo#BlueLivesMatter #BackTheBlue

A multi-car accident on the I-90 eastbound near milemarker 417 in Cheektowaga has closed the Thruway between exits 50 and 49, @NITTEC and New York State Troopers confirm. The westbound Thruway will close later for emergency crews. Photo courtesy NITTEC. pic.twitter.com/tbbPhpMeIy

A travel advisory was issued for northern Erie County, which includes all of Buffalo, Cheektowaga, Lancaster, Alden, and near Erie/Niagara County line, Localsyr.com reported.

CBS reported on the weather: “Meanwhile, a winter storm will likely bring heavy snow to New England as well as dangerous, icy winds to other northeastern states later this week, according to CBS News weather producer David Parkinson.”

“Temperatures will warm slightly Wednesday and Thursday ahead of a massive Atlantic storm system. Blizzard conditions are likely in Massachusetts, New Hampshire and Maine. Blizzard conditions are also possible in Boston, Rhode Island, Connecticut and Long Island. Wind gusts above 50 mph are likely for much of New England and at least 6 inches of snow for Boston, likely east of Interstate 91.”

I have issued a Travel Advisory for Northern Erie County, including all of Buffalo, Cheektowaga, Lancaster, Alden and areas North to the @ErieCountyNY/Niagara County line due to the @NWSBUFFALO Blizzard Warning. Due to whiteout conditions no unnecessary travel is advised also. pic.twitter.com/VGJQaJwi7l

ALERT – MULTI-VEHICLE ACCIDENT: All lanes are currently blocked on I-90 eastbound at exit 50 (Niagara Falls – I-290). All eastbound traffic must get off at exit 50.

BLIZZARD WARNING For Metro Buffalo through 1 AM WED.