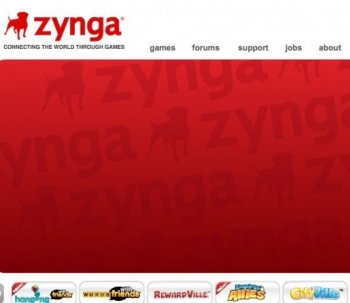 Ridge Shan
View profile
Follow
biggersmaller
Print
Zynga, a social video-game developer, filed for an initial public offering (IPO) with the Securities and Exchange Commission on July 1, saying it “hoped to raise up to $1 billion,” according to a report from Reuters.

A source previously indicated that the IPO could generate up to $2 billion, and value the company between $15 billion and $20 billion.

The company was started in 2007 by Mark Pincus and was designed to “enable users to build social connections through games” according to Zynga’s official website.

Zynga’s games grew widely in popularity after the advent of games including FarmVille and CityVille, and helped to expand Zynga’s development of varied future titles.

All of their games follow simple browser-based formats delivered through the app platforms of popular social networking sites like Facebook and Myspace. Their games are designed to be easy to play, and simple in terms of graphics and technical complexity.

Zynga faced controversy in the past through their use of lead generation advertising, where in order to get in-game currency or rewards, users were prompted to sign up for aggressive third-party business offers like credit cards or other subscription-based services—some of which were in fact scams which may have downloaded unwarranted software or secretly charged their phone bills, according to an article on CNN.

Zynga Owner Pincus stated that efforts had been made to reorganize their revenue generating systems, with all lead generating ads being taken down at one point before being reinstated through a screened and more strictly monitored system.

Zynga has also received criticism and legal action in the past for reputedly copying games and concepts, like “Mob Wars,” which developers claimed Zynga’s “Mafia Wars” was copied from. That was case was ultimately settled for a payment in the “high seven figures,” according to a source from techcrunch.com.

Zynga has expanded over the past few years to become the number one social networking game operator, according to media-focused research, publishing and consulting company IHS Screen Digest. Zynga generated $544 million with a 39.1 percent share of the global market in 2010. It stands just over its second and third-placed competitors, Electronic Arts-owned Playfish and Disney-owned Playdom, respectively.