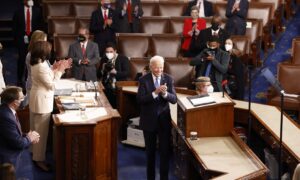 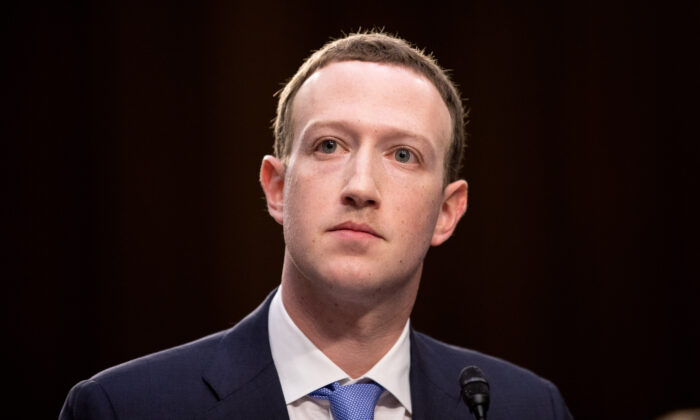 “Shut up, he explained.”

The most famous quotation from the works of Ring Lardner (1885–1933) originally appeared in his comic novel of 1920, “The Young Immigrunts.” (Many of Lardner’s comic effects were achieved by deliberate misspellings.) For a century the quotation’s frequent citation in the works of others suggested that this was the best joke he ever wrote.

It’s not a joke anymore.

To absolutely no one’s surprise, Facebook confirmed on Wednesday that the indefinite ban on the account of former President Donald Trump was to continue.

What was a surprise, however, was that the Oversight Board, with a decided anti-Trump tilt, that was set up by Mark Zuckerberg to relieve himself of the responsibility of being Facebook’s chief censor as well as its chief executive, declined to make the ban permanent.

Instead, they tossed this hot potato back to Zuckerberg, saying that it was he, or the company he had founded, who would have to make the final decision on Trump’s Facebook fate in the next six months.

It’s like the old fable of the mice who agree to protect themselves by hanging a bell around the neck of the cat—and then find that there is no one among them brave enough to be the one who will bell the cat.

But what do the Facebook people have to be afraid of?

Certainly not Trump himself, now out of power and vulnerable, like his former attorney Rudy Giuliani, to politically motivated prosecutions for invented crimes brought by vengeful Democrats in the FBI, the Biden Justice Department or the Southern District of New York.

In the old days, such a politicization of federal law enforcement would have been a huge scandal, but no one save its victims seems to care about it today. Certainly no one in the legacy media cares—which is one reason why Facebook must know that it has nothing to fear from them either.

For there can be no doubt that Facebook’s nominal competitors in the old media would surely only applaud anything it (or anyone else in the new media) could do to deprive the former president of a platform, or even a voice.

Some Trump supporters might cancel their own Facebook accounts in sympathy, of course, but with 2.7 billion users world-wide neither the company nor Zuckerberg would be likely to feel their loss.

No, I think we have to conclude that, moral pygmies and left-wing camp followers though they may be, the Facebook folks must still have—unlike the media who lie constantly and shamelessly in the service of their various ideological “truths”—a vestigial conscience about “canceling” those who disagree with them.

Also, perhaps, about pretending that their disagreement poses such an existential threat to the country and the planet as to require their cancellation.

Some people at Facebook or its Oversight Board might even still get the joke in “Shut up, he explained.”

This comparative moral advantage is not entirely due to their own merit. For, unlike the old media, the new media do not—at least, not yet—depend for their survival on becoming ideological monocultures. Quite the reverse.

Knowing what The New York Times or the Washington Post have become, anyone who still reads these newspapers, or who watches CNN or any of the big network news shows, can be doing so only to have his or her own prejudices confirmed.

The success of these organs during the Trump years shows that the cancellation of Trump-ite and other dissenters who dare to disagree with the media consensus is now what these big media companies are for.

That cannot be true of the millions and billions of Facebook users whose intellectual equilibria, unprotected by the media’s hot-house from the frosts and shocks of real life, can still tolerate a measure of disagreement among “Friends” without supposing that the world is about to end.

On the one side, then, Zuckerberg must be afraid of the reaction of more Facebook Friends than just those of Trump to his cancellation. Many more than those who cancel their accounts in disgust will simply drift away over time once they realize the homogeneity of point of view that will soon come to prevail on the platform when everybody talks in platitudes, like Joe Biden.

The Facebook folks must know that the constituency in favor of free speech among the platform’s users is much greater than that of the mainstream media—of which, on the other side, they are nevertheless also afraid.

Such, too, is the deference still paid to that power by upstarts like Zuckerberg, who must still not be able quite to believe his luck in having got so rich and so powerful so quickly.

Still, his hesitancy to toe the media’s party line on the Trump cancellation suggests that at some level he must know that his success rests on very different foundations from those of the media his company has so largely superseded.

It is a foundation, like that of the Republic’s, of freedom; and, also like the Republic, the company is unlikely long to endure without it.