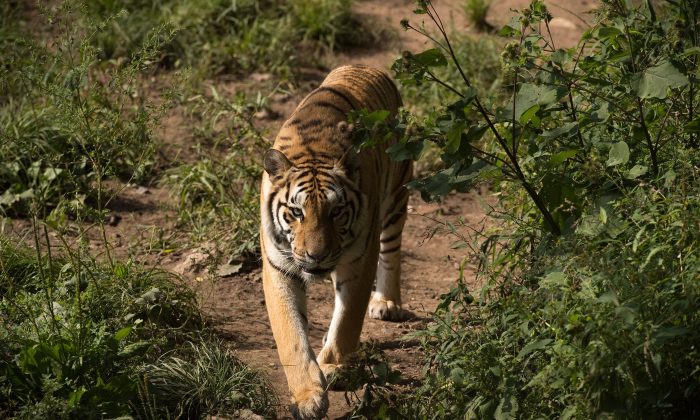 An animal handler was mauled to death by a tiger he helped raise in China on March 11.

The incident was captured on camera by horrified onlookers at Fuzhou zoo in Fujian province.

According to local media, the man, identified only as Wu, was with the tiger inside a fenced training yard when the animal suddenly pounced. The cat “bit onto and suffocated the man to death.”

The tiger, whose subspecies was not confirmed, had been raised by Wu since it was a cub, and was “normally quite docile” after a long period of domestication.

Disturbing footage taken by witnesses shows the animal appearing to maul the handler who is on the ground, as onlookers desperately scream in the background. A staff member is seen trying to drive away the animal with a metal pole.

Another clip shows the big cat standing over the lifeless body of the man, while a person yells to call the police.

When workers arrived at the scene, Wu was unresponsive and lacked vital signs. He was pronounced dead shortly after, the Daily Mail reported.

Officials said the tiger was part of an animal performance held at the zoo. The show, which was run by a circus group out of Anhui province, was previously canceled by the zoo. While the lions had already been shipped out, the tiger’s removal was still pending approval.

These kinds of attacks are not a rare occurrence in China. In December 2017, a woman was mauled to death by a tiger at a safari park in Beijing, after she had tried to save her daughter who was attacked by the predator just moments earlier.

Last August, a tiger attacked its trainer during a live performance in Liaoning province. The trainer was rescued and came out with minor injuries. The incident was reportedly triggered because the animal was exhausted from being overworked.