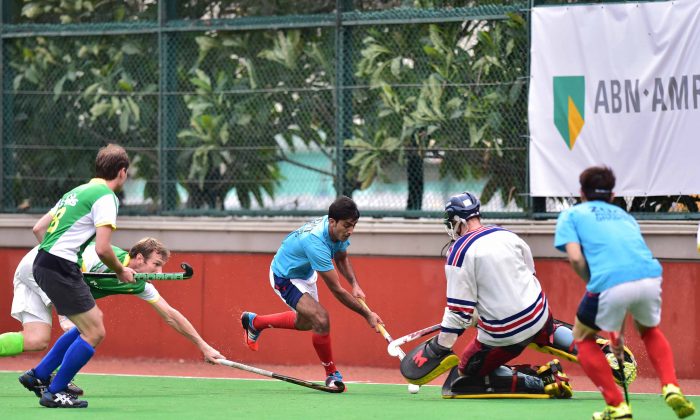 The main venue this year was at the Hong Kong Football Club where a large tent village had been created on the sports practice area next to the artificial hockey pitch, but the tournament as well using the Football Club facilities also extended to Valley pitches 1 and 2. A total of 23 teams (men’s and Ladies) from Hong Kong, Shanghai, Bangkok, Singapore, Malaysia and Indonesia played round-robin matches on Saturday Nov 8 and the morning of Sunday Nov. 9 leading to knock out matches to chose the winning teams.

There was strong competition and a high level of play as might be expected from players from a top international hockey nation. Singapore played Hong Kong in the finals of both the men and women’s tournaments and Singapore showed strong capability winning both titles.

On the Saturday evening a Dutch All Stars Team played a strong representative Hong Kong premier team with the Dutch All Stars winning the fast, skilful encounter 2-0. The Dutch goalkeeper from the Taai Elephants team made many athletic saves to keep the Hong Kong players from scoring whilst at the other end the Dutch forwards forced home 2-goals.