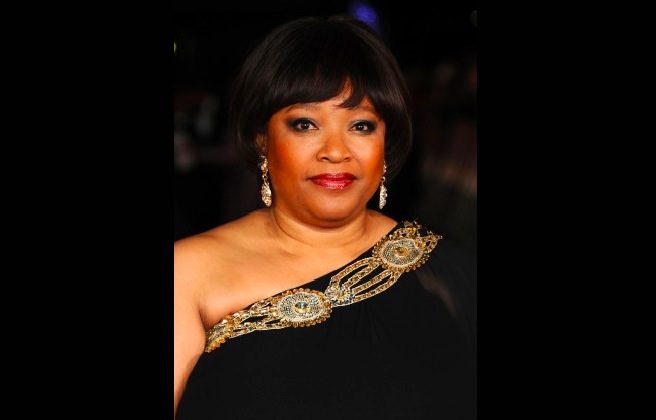 Zindziswa ‘Zindzi’ Mandela says she’s “really proud” about what her father went through and how it’s been recognized.

Zindzi and Zenani, one of the other surviving children of Mandela’s, attended the premiere of the film “Long Walk to Freedom” about Mandela in the United Kingdom on Thursday night.

Mandela perished shortly before the end of the film at age 95.

Speaking before she heard the news, and before the start of the movie, Zindzi told the Daily Mail: It’s something that makes me feel really proud, what my family went through and the role my father played has been recognized. It is a reward [for him].”

“When we document our history in this manner we do it not just for ourselves but also for the future generations, young people that my father is really passionate about.”

Zindzi said that Mandela saw clips of the film and said he thought Elba was him.

“When my 11 year-old grandson saw the movie last week I asked him what did he thought and he said ‘the dude who played grandad when he talks he kind of reminds me of him,'” Zindzi added.

The royal couple Prince William and Kate, the Duchess of Cambridge, also attended the film. Photos show them speaking with the Mandelas.