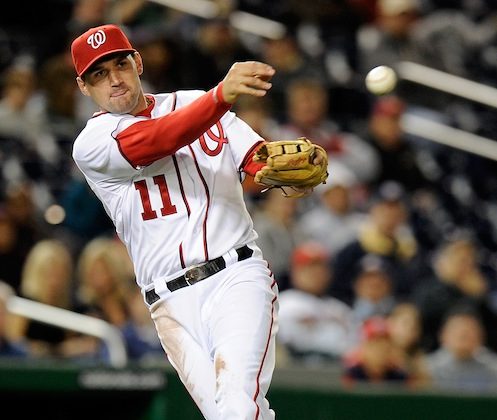 The Washington Nationals announced the signing of third baseman Ryan Zimmerman to a six-year, $100 million extension, with a full no-trade clause, Sunday according to a release on their website.

“Since I’ve arrived here in 2006, he is the epitome of a lead-by-example guy,” said general manager Mike Rizzo on why he wanted to sign Zimmerman long term. “If I said it once, I said it a million times to the other younger players: ‘Just watch the way he prepares.'”

Zimmerman is currently signed through 2013 at a total of $26 million, so the extension will ensure his presence in Washington through 2019—becoming the sixth current player to be signed that far ahead.

The deal comes with some risk for the Nationals though as Zimmerman played just 101 games last year and 106 in 2008. When healthy though, Zimmerman has been productive as evidenced by his two Silver Sluggers and even a Gold Glove Award.