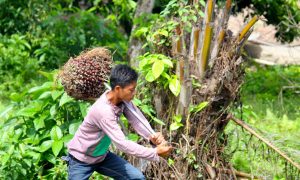 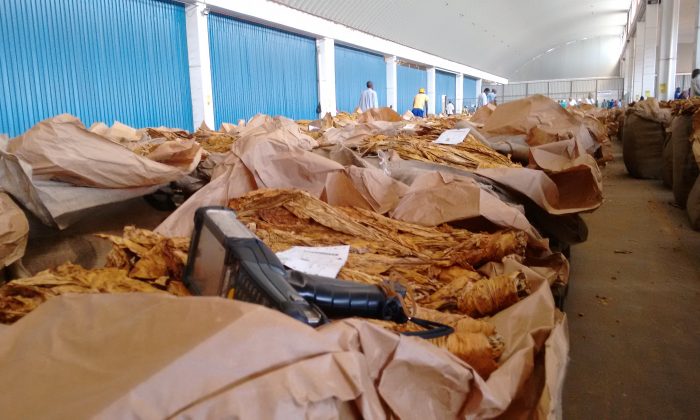 MUTARE, Zimbabwe—Tobacco farming in Zimbabwe is booming, buoyed by the growing demand for tobacco in China, but experts are raising concerns over the rampant use of child labor on tobacco farms.

Up to 166,000 mostly small-scale farmers have registered to grow the crop during the 2018–2019 farming season, up from 103,000 the previous season, according to Zimbabwe’s Tobacco Industry and Marketing Board.

But international NGO Human Rights Watch has revealed that underneath the facade of this booming industry lies rampant use of child labor and other human rights abuses.

In a report released last year, the organization revealed that children are working in conditions hazardous to their health and safety on tobacco farms, while also disrupting their education.

“Child workers are exposed to nicotine and toxic pesticides, and many suffer symptoms consistent with nicotine poisoning from handling tobacco leaves,” said the report, titled “A Bitter Harvest.”

Acute nicotine poisoning, according to the Human Rights Watch, is one of the most serious health risks in tobacco farming, but many farmers are oblivious to its dangers.

“Many children in tobacco farming communities grew up working on family farms and very few people understand that working with green tobacco leaves is dangerous,” Elijah Ngwarati, a small-scale farmer in the Zimunya area near the city of Mutare, told The Epoch Times.

“Farmers need to be educated on the dangers of nicotine poisoning to children in particular and child labor in general.”

However, the Zimbabwean government has maintained that the country’s tobacco industry does not use child labor.

The former permanent secretary in the Ministry of Labor and Social Welfare, Ngoni Masoka, was quoted in the media saying the Human Rights Watch report was not factual. However, he did acknowledge there may be a problem.

“What we need to do, we need to do a survey to determine the nature and extent of the child labor problems in our farms; that’s what we want to do,” Masoka told news source Voice of America.

Labor expert Dickson Chaeruka said in an interview that Zimbabwe has laws that prohibit child labor, including for the agricultural sector. Under the legislation, employees are supposed to report the existence of child labor in any workplace, he said.

However, Chaeruka noted that stopping the use of child labor has been a challenge because the supposed victims do not report it, and if the authorities do intervene, the children misrepresent their age.

“Some children lie and say that they are above 18 years old,” he said. “But because of numerous awareness campaigns by various rights groups against child labor in the farms, the perpetrators and victims have since forged a syndicate, such that it becomes a prerequisite condition of employment for a job seeker not to disclose that they are underage.”

He said some of the victims of child labor are siblings of adult farm workers, who would work together on the same farm.

“Consequently, in some cases we are talking about a generation or the whole family working on the farms to survive. In the end, reporting child labor would mean reduced income for the entire family,” he said.

Chaeruka called on the government to impose stiffer penalties for farmers who employ children.

“I think child labor should be criminalized with a jail sentence of at least 25 years on any perpetrating employer,” he said.