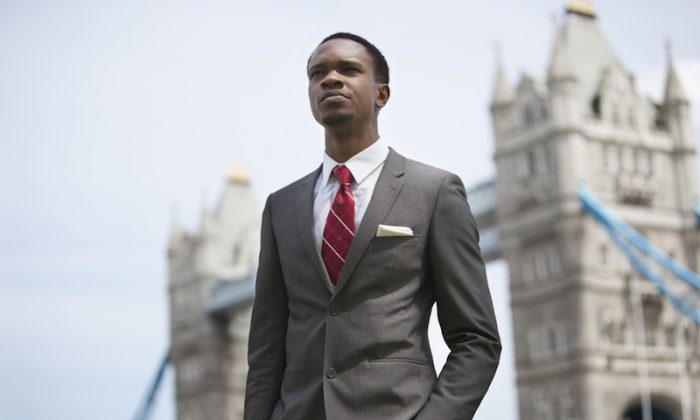 Zimbabwean migrants to Britain are often referred to by those at home as being the BBC – British bottom cleaners – fit only for the most menial roles in the former colonial “mother country”.

But our research on the experiences of Zimbabwean graduate migrants paints a very different and much more complex picture. Those able to use professional networks, such as in engineering, can find getting good jobs relatively easy.

Still, the experiences of these graduate migrants has been affected by their lack of a British notion of employability. They have to get to know the workings of social networks and gender relations, and deal with the often negative effects of the UK immigration system.

Let’s start with a piece of good news: some Zimbabwean graduate migrants have moved effortlessly into jobs in Britain. This was easiest where they had professional qualifications or registrations that had market value in Britain.

I said, ‘I’m a qualified engineer, I’m a chartered engineer with the Engineering Council UK,’ [so] they don’t need to ask me any further questions that was the basis on which my visa was actually issued.

We could register with the UK Health and Care Professionals Council (HCPC), while still in Zimbabwe. I came in on Friday, and Monday I was starting work.

For others, however, the story has not been so rosy. One lawyer spoke of the challenges he faced because of being trained in Roman-Dutch law: a radically different tradition to that in England. Several found the British process of getting a job alien, at least at first.

In Zimbabwe, education has a massive social and economic premium and huge emphasis is placed on qualifications. Yet in England, the interview process and the selling of one’s own personal narrative takes much greater prominence. A psychologist, who had successfully learnt to adapt, reflected: “In Zimbabwe maybe you go for an interview and you tell them all the academic things. Here the approach becomes different, you’re selling yourself”.

For some women, gender relations undermined their employability. Our most striking interview was with a former adviser to a very senior politician. She recounted how she had decided that if her husband could not find a professional job, who was she to think she would succeed?

Held back by asylum process

This very powerful woman was really a political refugee. She had left her influential role due to disenchantment with government policy, rather than through the asylum route.

But for various reasons many other Zimbabwean graduates have had to use the UK’s asylum system to enter the country. This has had serious consequences as it means many asylum seekers have been channelled into ethnic clusters when they arrive in the UK.

Among those who found themselves caught up within the cumbersome asylum processes was a young sociology graduate. “I came thinking of studying and getting a professional job afterwards but the kind of social circles that I got entangled in here in the UK were the wrong ones,” he remembered. “The belief was ‘it doesn’t really help to get an education or try a professional job. We are here to make money’.” Faced with the constant prospect of deportation, career goals seemed irrelevant.

For some, however, the potential for descent into the “BBC” nightmare had resulted in a happy ending. An accountant recalled: “I remember one day I said, ‘I’m not a carer, I’m an accountant.’” He decided to go to an employment agency and, after an initial struggle, got from there back to accountancy.

The sociologist graduate later went on to get his PhD and a professional career. The downward pull of his his social networks from his time as an asylum seeker became an upward push. His first “real job” in Britain gave him the confidence to re-establish connections with Zimbabwean migrant professionals to match his recovered identity as a professional. “When I got my first job, my social circles also changed as well. My professional friends played a part, because I was now in touch with many of my friends that I had been in touch with in Zimbabwe … This changed my focus to my original plans to do the things I’ve always desired to do.”

Even for those professionals that do end up amongst the “BBC”, there can be a better future. But there is a note of sadness to all these experiences of graduate migrants. Their strong belief in the power of education helped these graduates succeed in education at home, secure high status jobs with elite lifestyles, and take the momentous decision to seek a better life in Britain.

But no matter how successful they had become in Britain, their relative status was still less than it had been at home: the distinction of being a graduate was simply much smaller. What struck us discussing the interviews was their dissatisfaction that they had not succeeded as they could not recreate their Harare lifestyles. We hope that such dissatisfaction will pass in time in the face of their very real achievements.

Roda Madziva is a Research Fellow on a Leverhulme funded project.

Juliet Thondhlana and Simon McGrath do not work for, consult to, own shares in or receive funding from any company or organisation that would benefit from this article. They also have no relevant affiliations.