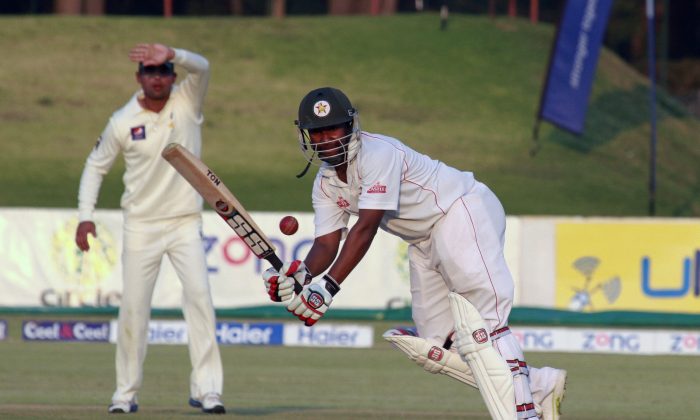 Zimbabwean batsman Tinotenda Mawoyo plays a shot in a match against Pakistan in this 2013 file photo. Zimbabwe faces Ireland in the T20 World Cup on March 17, 2014. (AP Photo/Tsvangirayi Mukwazhi)
Sports

Ireland takes on Zimbabwe in the third match of the 2014 T20 World Cup.

The cricket tournament is being held in Bangladesh.

The math will take place at the Sylhet International Cricket Stadium.

The games are also being televised in a range of countries all over the world.

After this match Zimbabwe will take on the Netherlands (March 19) and the United Arab Emirates (March 21).

Ireland will face the UAE (March 19) and the Netherlands (March 21).

See the rest of the broadcasters below: