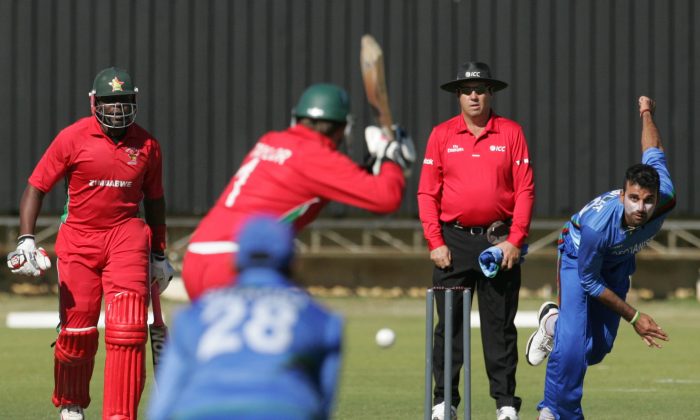 Afghanistan and Zimbabwe are set to wrap up their 4 ODI series on Thursday, July 24.

The match will be broadcast on DSTV in Zimbabwe, 1TV in Afghanistan, Star Cricket in India, and ESPN Sports in Australia

Afghanistan got its first win in the series, by two wickets, in the 3rd ODI.

Zimbabwe had won the 1st ODI by six wickets and the 2nd ODI by eight wickets.

Afghanistan is confident it can win again.

“Frankly speaking, we were expecting this win. We don’t want the players to underestimate themselves and so there will be no added incentive or bonus,” Noor Muhammad Murad, the chief executive of the country’s cricket board, told Reuters. “Our vision is big and the target is very high.”

Afghanistan has been making progress lately, being granted an associate status in June 2013 and debuting in Asia Cup in March earlier this year, where the team got its first win over a Test-playing nation against Bangladesh.

The team will debut next year at the 50-over World Cup.

“We had rested a few seniors from the squad (for Zimbabwe) and a few new guys were included,” Noor added. “They have done very well and that was the most positive aspect of the victory. “It bodes well for the future of Afghanistan cricket.

“The very clear message is that Afghanistan shouldn’t be taken lightly. We will play a good and tough game and we will surprise some full members at the World Cup.”

After this series, Zimbabwe begins a Test Match against South Africa on Saturday, August 9.

Afghanistan currently has no other games scheduled this year.