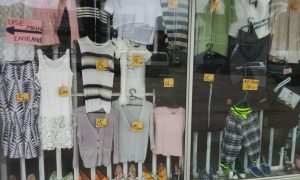 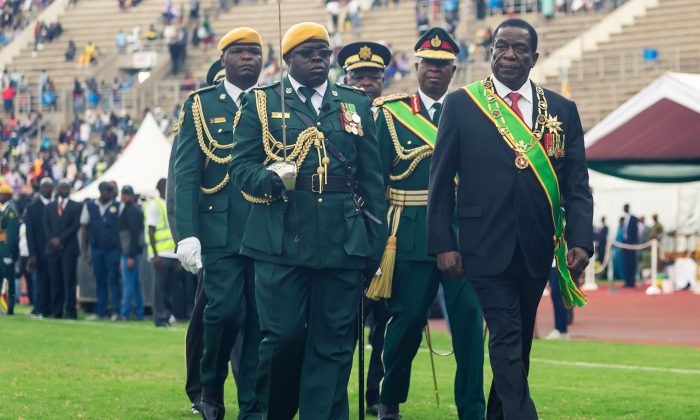 Mnangagwa told hundreds of people gathered at Showgrounds in Domboshava on June 5, for the country’s monthly National Clean-up Campaign, that the Chinese company—China Aihua Jianye—should stop quarrying operations in the area.

“I have heard that there is a Chinese company that is mining at Pagarimo Hill [in Domboshava] and is now encroaching into areas where there are sacred caves. I have heard your concerns, and we will stop the destruction that is going on because these areas are sacred to us,” Mnangagwa said, according to state-owned newspaper The Chronicle.

“How did the Chinese get the license to mine at such an important cultural site? We need to investigate who gave them the license,” said Nhachi, who is a research coordinator with the investigative NGO the Center for Natural Resource Governance (CNRG).

He said the Domboshava issue reflects what is happening in other parts of Zimbabwe, such as the Marange, Chivi, Mutoko, and Shurugwi areas.

“If communities are consulted, and their right to say ‘no or yes’ is respected, such challenges won’t occur. I think this is a good precedent, which teaches all communities that if they speak with one voice, even politicians will be forced to eat humble pie,” Nhachi told The Epoch Times.

Nhachi said Mnangagwa failed to tell the community who had authorized the Chinese company to quarry in the area.

“This indicates some involvement of very powerful persons, but the unarmed, united villagers managed to stop that activity. CNRG advocates that communities’ right to say ‘no’ should be recognized,” he said.

Mining May Still Go Ahead

Percy Mudzidzwa, a lead consultant for Geoglobal Environmental Solutions, a mining consultancy company that manages the Domboshava project for China Aihua Jianye, remains optimistic that the project will still go ahead.

He told The Epoch Times that the company is unloading the first batch of mining equipment that arrived at the Port of Beira in Mozambique on June 22, adding that there’s misinformation about the quarry project that needs to be corrected.

“The president [Mnangagwa] said he is going to look into the matter and advise relevant authorities. The president will not run with the wind. He makes informed decisions. You will assume, for example, that there are mining operations and blasting going on, yet there is not a single operation taking place, not even the equipment or structure,” Mudzidzwa said.

In an interview with The Epoch Times in May, Mudzidzwa disputed claims that the project would displace more than 20,000 people. The project won’t affect anyone, he said; even gravesites that are nearby won’t be affected.

The US$5 million project will benefit local people through employment creation and servicing of roads, Mudzidzwa said.

“We propose that there be a community trust that we will contribute to, to find the different needs in the community with time,” he added.

The impasse between China Aihua Jianye and the Domboshava community has come amid reports that many Chinese companies operating in Zimbabwe, particularly in mining, are violating environmental, economic, social, and cultural rights (EESCRs) of local communities.

The Zimbabwe Environmental Law Association (ZELA), an NGO that promotes the rights of marginalized and vulnerable communities in natural resource-rich areas, has been working with those affected in various parts of the country. It released a report in March revealing that “some of the companies that are foremost in violation of EESCRs are Chinese mining companies.”

CNRG’s Nhachi said Zimbabwe is valuing irresponsible development that encourages capital flight and the depletion of the country’s natural resources at the expense of Zimbabweans, who, ironically, the development is meant to serve.

In an interview with The Epoch Times recently, Temba Mliswa, an independent Member of Parliament for Zimbabwe’s Norton Constituency, called on the government to review most of China’s investments in Zimbabwe, as they aren’t benefiting the local people.

“While my priority is ensuring regularization in Norton, many [people] are affected, and I’ll debate this matter in Parliament [of Zimbabwe] for the national benefit. The days of Chinese companies in Zimbabwe are over. God will command us to take back our resources,” Mliswa said.