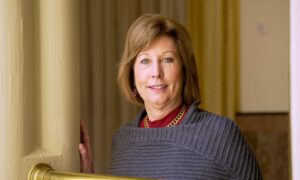 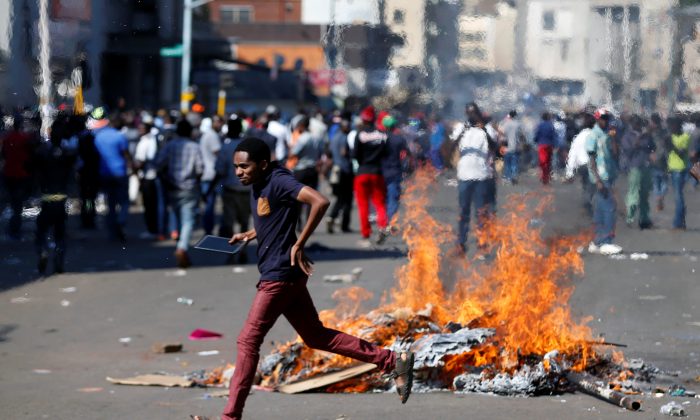 Robert Mugabe, Zimbabwe’s leader from 1980 to 2017, has become a sad symbol of despotism and self-enrichment. The regime that he and his coterie put in place transformed Africa’s breadbasket into a tragic wasteland of hunger and malnutrition, disease, and hyperinflation. The “robbery despotism” system operated with total disregard for any rule of law.

After his removal at the end of 2017, democratic elections this July were supposed to change this—they haven’t.

Zimbabwe is a landlocked country of nearly 14 million inhabitants. It has very rich potential in agriculture and vast reserves of gold, diamonds, coal, lithium, and many other minerals. The majority of the population is made up of two main ethnicities: the Shona (some 70 percent) to whom Mugabe’s clique belongs, and the Ndebele (some 20 percent).

Mugabe was eventually removed from power in an internal coup in November 2017 and replaced by his former close associate and deputy, Emmerson Mnangagwa, nicknamed the “Crocodile” and most remembered for orchestrating violence against the political opposition. Mnangagwa is also known as The Butcher of the Ndebele, for overseeing the murder of at least 10,000 Ndebeles by government troops in the 1980s. The Mugabe system was secured for many years after.

Zimbabwe is a successor state to the British colony of Southern Rhodesia, which unilaterally declared independence from the United Kingdom in 1965. The objective was to avoid the chaos, civil wars, and despotic power grabs that the hasty decolonization in the 1960s triggered in many countries of sub-Saharan Africa. The problem was exacerbated by the fact that these were not organically grown, historical entities, but artificial states with boundaries drawn in Europe during the 19th century.

The Rhodesian government, under the leadership of Prime Minister Ian Smith (1964–1979), had successfully developed the economy and upheld the British system of law and order. The country had an excellent education system for all ethnicities; the literacy rate was one of the highest in the region.

Much of the international community, however, disapproved of the predominantly white government and put the country under economic sanctions. The so-called “liberation” movements in Rhodesia, under the leadership of Mugabe, a Shona, and Joshua Nkomo, a Ndebele, were actively supported by the Soviet Union. They also received help from Western countries and organizations. The so-called Bush War was brutal, with mounting casualties due to Mugabe and Nkomo’s constant terror attacks, mostly among the African population.

In the second half of the 1970s, the Smith government tried to facilitate a smooth transition to a majority government. A new constitution was passed, elections were held, and on June 1, 1979, a moderate African—United Methodist Church Bishop Abel Muzorewa—became prime minister of Zimbabwe Rhodesia. This start of the transformation, unfortunately, wasn’t recognized internationally. U.S. President Jimmy Carter, his United Nations Ambassador Andrew Young, and the UK government jointly forced Bishop Muzorewa and Ian Smith to negotiate a quick resolution to the Bush War.

Under pressure from UK Foreign Secretary Lord Carrington and enormous threats from the Mugabe–Nkomo camp, the so-called Lancaster House Agreement was reached in late 1979. The deal briefly gave power in the former colony back to the UK; Lord Soames was appointed as interim governor and new elections were called for at the end of February 1980.

It was a tragedy, as the armed followers of Mugabe and Nkomo could act freely now. Because of widespread physical pressure and threats of violence during these elections—it is still difficult to comprehend why the British administration tolerated this—the two terror-group leaders reached for power.

Zimbabwe’s new drama began. Little of the guarantees to maintain law and order, which the UK government hypocritically claimed to have secured at the Lancaster House conference, was kept. Despotism started.

Very soon, differences between Mugabe and Nkomo surfaced. The Mugabe side prevailed. This led to the aforementioned massacres of Nkomo’s Ndebele ethnic group. The Mugabe apparatus controlled and plundered the country.

The past few months brought a wave of new hope for change throughout Zimbabwe, as elections were called for the end of July. The European Union was asked to send observers. I spent a few days in Zimbabwe, and nearly everyone I met hoped that a charismatic 40-year-old candidate by the name of Nelson Chamisa would win. As the leading challenger to Mnangagwa, Chamisa ran on a platform of restoring law and order in Zimbabwe, including property rights, to stop the rampant plundering and corruption.

It might have been naive to believe that Zimbabwe’s ruling establishment, which also controls the Electoral Commission, would allow a change. The commission’s long-delayed verdict (as though it needed time to doctor the polls) went to Mnangagwa, by a small margin. It is quite likely that Chamisa received more votes.

The EU observers communicated their disappointment; their statements could have been harsher.

Government forces closed a press conference by the Chamisa campaign and there were at least six casualties among its supporters in the ensuing violence.

Instead of bringing positive change, the election result has opened another chapter of this African tragedy.