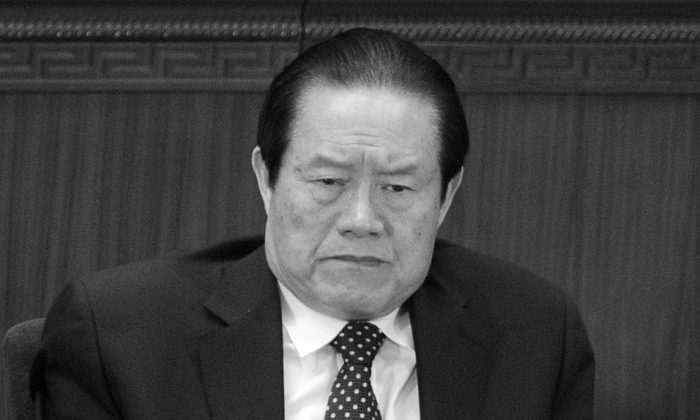 It was security czar Zhou Yongkang who gave the order to “close the case” of Li Wangyang within three days of the latter’s death, according to a Hong Kong political magazine. The activist’s body was soon cremated.

The account implicating Zhou Yongkang is the first time the case has been linked directly to the Political and Legislative Affairs Committee (PLAC), the powerful Party organ that Zhou heads and which oversees the Communist Party’s crackdowns on dissidents.

Li Wangyang, who sought to organize independent unions during the Tiananmen Square protests in 1989, was found “hanged” in a hospital in Shaoyang City in Hunan Province on June 6 under suspicious circumstances. His family had said Li was essentially blind and deaf after 21 years of torture at the hands of his Chinese captors, adding that his condition would have made it difficult for him to commit suicide.

In the incident, which received international media coverage, Li was found hanging from a window bar although his feet were still planted on the ground. It is speculated that he was killed after he gave an interview to a Hong Kong-based television station, saying he would never regret promoting democracy in China “even if I were beheaded.”

According to the report in Hong Kong-based Trend magazine, which gets its information from individuals it identifies as political insiders, Zhou Yongkang has faced increasing pressure over the death of the activist, which may have forced him to order Li’s cremation and without the consent of his family. It is unclear if Zhou or his agency actually ordered the death, which was officially labeled a suicide.

When Zhou Yongkang handed down the order, Secretary of Hunan Provincial Party Committee Zhou Qiang expressed concern, according to the report. Qiang reportedly warned Zhou against increasing “trouble and pressure” on the Hunan Provincial Party Committee and government, as it would foment “public anger” and could be used as a source of criticism “for hostile organizations and powers at home and abroad.”

Before Li’s body was cremated, however, Zhou ordered an investigation into his death and demanded that a report be delivered within three days, the report said. On June 6, the same day Li was found dead, Zhou said in a meeting that relevant hospitals and public security departments should seal up immediate investigative reports.

When the director of Public Security Bureau, Meng Jianzhu, telephoned Zhou a day after the meeting to obtain the “results of the investigation,” Zhou replied that “the case is complex, there are suspicious points, [and Li’s body] is awaiting autopsy by a forensic medical expert,” according to the magazine.

On June 8, Shaoyang City’s public security department carried out an autopsy without consent of Li’s family, and without witnesses from a third party. A day later, Li’s friend Yin Zhengan told the publication that the activist’s body had been cremated.

On June 6, “Zhou Yongkang ordered the completion of the investigation in three days,” says the analysis from Trend magazine. “Just as expected, the body was destroyed three days later on June 9. Nothing is left to be verified,” it added.

Paul Guo, a pro-democracy activist outside China, disclosed on Twitter that executives in the PLAC are suspected in Li’s mysterious death.

Those three agencies are all controlled by Zhou Yongkang’s PLAC.