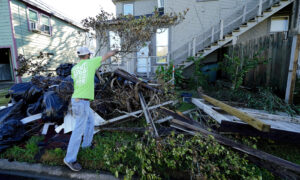 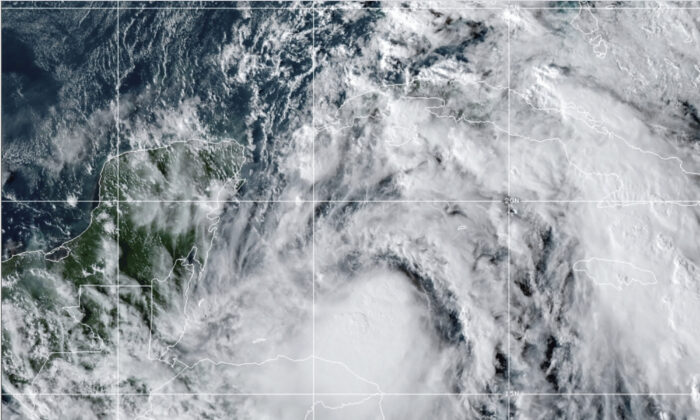 Zeta Likely Hurricane Before Hitting Yucatan, Heading for US

MIAMI—A strengthening Tropical Storm Zeta is expected to become a hurricane Monday as it heads toward the eastern end of Mexico’s resort-dotted Yucatan Peninsula and then likely move on for a possible landfall on the central U.S. Gulf Coast at midweek.

Zeta on Sunday became the earliest ever 27th named storm of the Atlantic season. The system was centered about 175 miles southeast of Cozumel island Monday morning, the U.S. National Hurricane Center said. It had maximum sustained winds of 70 mph.

The storm was moving northwest at around 9 mph after being nearly stationary over the weekend. Forecasters said Zeta was expected to move over the Yucatan Peninsula later Monday before heading into the Gulf of Mexico and then approaching the U.S. Gulf Coast by Wednesday, though it could weaken by then.

Officials in Quintana Roo state, the location of Cancun and other resorts, said they were watching the storm. They reported nearly 60,000 tourists in the state as of midweek. The state government said 71 shelters were being readied for tourists or residents who might need them.

The government is still handing out aid, including sheet roofing, to Yucatan residents hit by Hurricane Delta and Tropical Storm Gamma earlier this month.

A hurricane warning was expanded for the Yucatan Peninsula from Tulum to Dzilam, including Cancun and Cozumel.

Zeta had been dawdling Sunday because it was trapped between two strong high pressure systems to the east and west, and it could not move north or south because nothing was moving there either, said Brian McNoldy, a hurricane researcher at the University of Miami.

Colorado State University hurricane researcher Phil Klotzbach said that when a storm gets stuck, it can unload dangerous downpours over one place, causing flooding. That happened in 2017 over Houston with Harvey, when more than 60 inches of rain fell and in 2019 over the Bahamas with Category 5 Hurricane Dorian, which was the worst-case scenario of a stationary storm, he said.

The hurricane center said Zeta could bring 4 to 8 inches of rain to Mexico, the Cayman Islands and parts of Cuba, before drenching the central U.S. Gulf Coast.

The storm could make landfall anywhere from Louisiana to the Florida Panhandle, forecasters said.

This year’s season has so many storms that the hurricane center has turned to the Greek alphabet after running out of official names.

Zeta is the furthest into the Greek alphabet the Atlantic season has gone. There was also a Tropical Storm Zeta in 2005, but that year had 28 storms because meteorologists later went back and found they missed one, which then became an “unnamed named storm,” Klotzbach said.