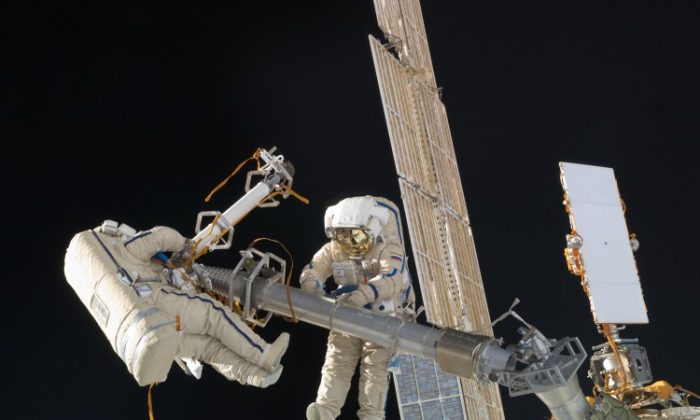 Zero Gravity Can Cause Brain Abnormalities in Astronauts

Spending long amounts of time in space may affect your vision and other parts of your brain, according to new research from the United States.

Using magnetic resonance imaging (MRI), a team of scientists examined the eyes and brains of 27 astronauts who have spent prolonged periods of time in space. They found optical abnormalities rather like those seen in a potentially serious condition called idiopathic intracranial hypertension, in which pressure builds inside the skull due to an unknown cause.

The astronauts had spent 108 days on average in microgravity conditions, on shuttle missions and/or orbiting Earth on the International Space Station (ISS). Eight of the subjects received another MRI exam following a second space mission of 39 days duration on average.

“The MRI findings revealed various combinations of abnormalities following both short- and long-term cumulative exposure to microgravity also seen with idiopathic intracranial hypertension,” said Larry A. Kramer at The University of Texas Medical School–Houston in a press release.

“These changes that occur during exposure to microgravity may help scientists to better understand the mechanisms responsible for intracranial hypertension in non-space traveling patients.”

Of the subjects who had spent more than 30 days total in zero gravity, various optical abnormalities were seen, including expansion of the cerebral spinal fluid space around the optic nerve in nine astronauts (33 percent), and flattening of the rear of the eyeball in six of them (22 percent). Three (11 percent) also showed changes in the pituitary gland, which produces hormones that regulate a variety of important body functions.

Other effects of microgravity include muscle atrophy and loss of bone minerals.

Now that astronauts are spending more time at the ISS, any changes in their vision are being studied. To date, no one has been barred from space travel due to these symptoms.

“NASA has placed this problem high on its list of human risks, has initiated a comprehensive program to study its mechanisms and implications, and will continue to closely monitor the situation,” concluded William J. Tarver at NASA’s Johnson Space Center in the release.

The study was published online in the journal Radiology on March 13.