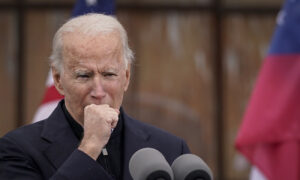 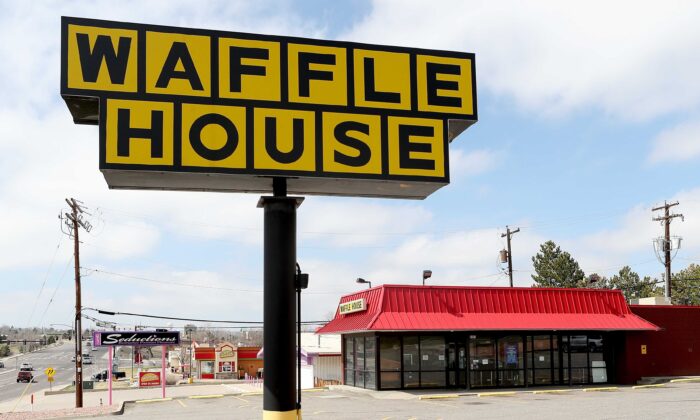 A Waffle House restaurant sits closed after the restaurant chain closed at least 420 locations due to the COVID-19 crisis in Thornton, Col., on March 26, 2020. (Matthew Stockman/Getty Images)
AMERICA

Walter Ehmer, the CEO of Waffle House, said on Sunday that there is no evidence that the CCP (Chinese Communist Party) virus spread via the Waffle House chain and that the current restrictions on restaurants are only hurting Americans.

“We have proven, over these nine months, we have zero evidence of any spread being traced back to our restaurants for our people or our customers. We’ve traced back all of our infections … and it all traces back to something away from the restaurant.” Ehmer told Fox News’ “America’s News HQ.”

By March of this year, Waffle House had closed 365 of its locations due to the pandemic in a number of states, including Mississippi, Florida, and Illinois. They were labeled “temporarily closed.”

Ehmer told Fox that he’s talked to other restaurant CEOs, and they’ve all reported that none of the spread of the virus has been traced back to their facilities.

“We are disproportionately hurting American people who are wanting to work for no data and no science that ties back to that being a dangerous place,” Ehmer said.

Waffle House is known for staying open even in the worst of times. The chain’s location indicator was used by disaster experts, including the Federal Emergency Management Agency (FEMA), as a way of assessing how destructive storms like hurricanes are.

Ehmer noted that “Shutting down restaurant dining rooms virtually has no impact on reducing the spread,” but it does have a “devastating impact” on the millions of people in the industry, especially at this time of year.

Congress is going to vote on a new COVID-19 stimulus deal, including millions of dollars for the restaurant industry that has been shut down and $600 stimulus checks for individuals.