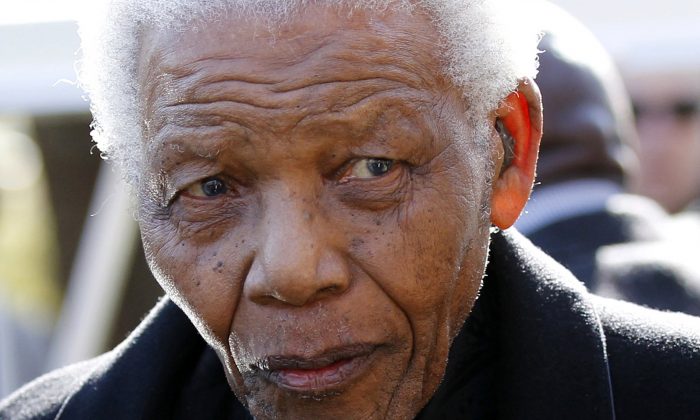 Former South African President Nelson Mandela arrives for the funeral of his great-granddaughter Zenani Mandela at St Stithian?s College Chapel in Sandton, north of Johannesburg on June 17, 2010. Thirteen-year-old Zenani Mandela was killed in a car that overturned on June 10 as it took her home from a pre-World Cup concert in Soweto. (Siphiwe SibekoAFP/Getty Images)
Africa

Zenani was 13 when she was killed in a car crash.

Nelson Mandela stayed home after her death on June 11 even though Africa’s first World Cup opened; the Nelson Mandela Foundation said at the time that the tragic death “made it inappropriate” for the former president to attend.

The driver of the car that killed Zenani, Sizwe Mankazana, was acquitted in November 2012.

The magistrate in the case described the crash as a “freak accident,” BBC reported, citing the Sapa news agency.

Mankazana’s acquittal included him being cleared of reckless driving and driving under the influence of alcohol.

Zenani’s grandmother Zindzi is working on a campaign for road safety following the death.