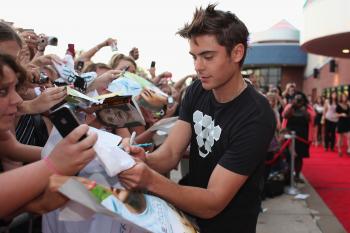 Mr. Efron will be walking the red carpet in Sydney on September 19 prior to the movie opening nationally on September 23, reported ABC News.

In Charlie St Cloud, Mr. Efron plays a young man called Charlie, overcome with grief at the death of his younger brother in an accident.

The 22-year-old star of the High School Musical trilogy has been busy working in several more mature roles recently, including Me and Orson Welles.

During his promotional trip down under, Mr. Efron will make other appearances to be announced at a later date, according to Bigpond News.