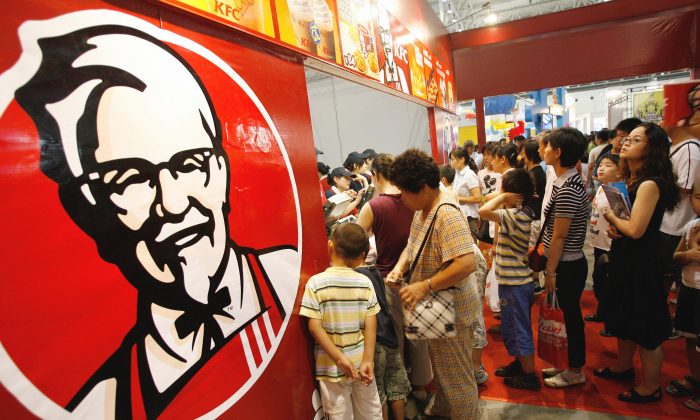 Last month, a consortium consisting of China Investment Corp. (CIC) and U.S. private equity firm KKR & Co. abruptly dropped its bid to acquire a majority stake in Yum’s China operations. Several reasons on both sides led to the failed acquisition, including valuation, difficulties around repatriation of proceeds by Yum Brands, and concerns about returns for the acquirers amidst a slowing Chinese economy.

The fast-food operator must now go back to the drawing board on its Yum China spinoff strategy, which it announced in March with a planned completion date by the end of 2016.

It has been a quick and dramatic fall for Yum China.

For years, Yum Brands epitomized what U.S. companies hope to achieve in China. The owner of KFC, Taco Bell, and Pizza Hut is the leading fast-food chain in China, with more than 5,000 KFC locations and 1,900 Pizza Hut restaurants in the country.

But over the last three years Yum China has been beset by multiple challenges, including scandals over the quality and safety of food sold at KFC outlets, and stiff competition from other fast-food chains. The market share of KFC, by far the biggest single fast-food brand in China, dropped from 5.2 percent in 2010 to 3.5 percent at December 2015.

Same-store sales—a common metric to measure retail performance—at Yum China were negative for 2014 and 2015, although first quarter 2016 saw a rebound of 6 percent gain. The results were partially aided by aggressive Chinese New Year promotions at KFC.

For years, Yum Brands epitomized what U.S. companies hope to achieve in China.

China is the company’s single biggest market. For 2015, Yum China contributed $6.8 billion of sales and $757 million in operating margin to Yum Brands, accounting for 61 percent and 39 percent of worldwide, respectively.

While Yum China is the most important segment for Yum Brands, the market is becoming increasingly hard to manage. China and the rest of the world are two different markets with different sets of challenges. Amidst pressure from activist investor Corvex Management, whose founder Keith Meister sits on Yum Brands’ board, the company announced intentions to split the firm into two separate companies.

Yum decided to spin off China just as the company was facing multiple headwinds in China. A weakening Chinese economy aside, Yum has been losing market share to McDonald’s and faces stiff competition from local chains such as Hua Lai Shi and Ting Hsin International, which are growing at a faster clip. The yuan currency’s 6 percent decline versus the U.S. dollar over the last year—with further weakening expected—means that foreign exchange would weigh on financial results for the parent company, which reports its profits in dollars.

Reuters estimated a valuation for Yum China at between $8 and 11 billion, or an 8-11 times multiple on normalized earnings of $1 billion annually. These figures were likely higher than what CIC and KKR were prepared to pay, as Corvex’s Meister told CNBC in an interview in April that “the Yum board selling this business for $7 billion or $8 billion is not the right thing,” inferring a wide bid-ask spread for Yum China’s valuation.

Beside economic risks, there are social and political risks in operating a market-leading foreign-owned business in China.

Food safety is a widespread concern in China. In 2014, China accused certain KFC locations of selling tainted meat. The company relieved its supplier, Shanghai Husi Foods, but fallout was immediate and severe. Despite several marketing campaigns to convince the public that Yum China’s food was safe to eat, revenues were flat and operating profit declined during 2014.

In an earlier scandal in November 2012, Chinese state media accused local KFC suppliers of using growth hormones and antibiotics into their chickens to speed up growth.

In both instances, state media initiated the reports and foreign-branded restaurants suffered. Food safety is a concern for any restaurant in China given the lack of oversight and fragmentation of food suppliers. But Beijing has been vocal about its recent agenda of constraining fast-growing foreign businesses to promote domestic companies in the same industry. Increasingly being at a competitive disadvantage is a risk multinational corporations operating in China must consider, and it’s likely an issue discussed by management before arriving at the decision to spin off Yum China.

With no immediate suitors, Yum China could resort to its original plan of an IPO on the New York Stock Exchange.

Bloomberg reported that Yum executives considered eventually dual-listing the entity in New York and Hong Kong, with an eye toward migrating completely to Hong Kong at some point in the future.

A U.S.-listing wouldn’t give Yum Brands the established Chinese “anchor investor” it sought in CIC. But it would afford Yum China—which will rely on Yum Brands for licensing and other assistance initially—an easier transition and gives Yum Brands a better tax solution for repatriation of proceeds.

A decade ago, it would have been inconceivable for Yum China to be scorned by a Chinese investor. How the mighty have fallen.