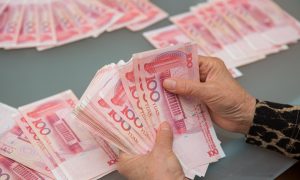 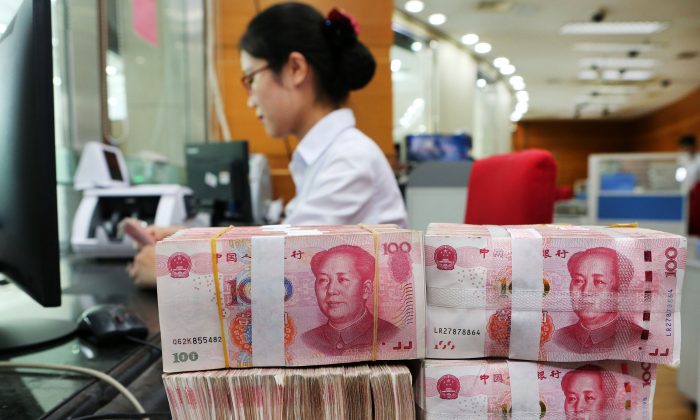 Could London lose its edge as overseas yuan trading hub?
By Fan Yu

Since the mid-2000s, Beijing has sought to internationalize its currency, the renminbi (yuan).

China established the first overseas “dim sum” bonds in 2009, and has since done significant marketing on its currency abroad. Beijing has railed against the global business community’s adoption of the U.S. dollar as the de facto “global currency,” and established multiple cross-border exchange linkages.

But after making substantial progress early on, overseas adoption of the offshore yuan (CNH) has plateaued since 2016. CNH is the symbol for offshore yuan available to trade by foreign investors. This is in contrast to CNY, which is the onshore yuan, the value of which is fixed by the People’s Bank of China.

Standard Chartered Bank’s Renminbi Globalization Index, which has tracked the internationalization of the yuan currency since 2011, recorded a value of 1,920 as of November 2018, a 45-point decline from October, and a whopping 556-point—or 22 percent—decline from its peak in September 2015. Standard Chartered, a dominant bank in Asia and across emerging markets, is thought to have the most comprehensive data on the CNH currency.

Dim sum issuances have waned in recent years, beginning in 2015, when Beijing began devaluing its currency aggressively, an action that spooked both foreign issuers and investors.

CNH is ranked eighth globally for international payments, with a market share of 1.14 percent as of December 2018. That trails major currencies such as the Australian dollar, the Swiss franc, and the Canadian dollar.

To be eighth globally is not bad on its own, but the results are disappointing when compared to the same SWIFT survey from December 2016. Two years ago, CNH also ranked eighth globally, with a 1.13 percent market share. That’s an increase of 0.01 percent in two years for the world’s No. 2 economy.

The trends are more interesting at a micro level, as the bulk of overseas CNH trading has been coalescing around one financial hub.

London has quietly taken the lead as the biggest yuan trading center outside of China. More than 36.1 percent of all CNH transactions outside of mainland China took place there in December 2018, according to the most recent SWIFT data. That figure eclipses the 29.6 percent market share by Hong Kong.

And it’s far from a fluke. In fact, the offshore USD–CNH trading pair was the seventh most liquid, averaging daily transaction volumes of $73 billion as of October 2018, according to the most recent data from the Bank of England, which reports information twice annually in April and October. Surprisingly, the USD-CNH/CNY trading pair was more active than EUR–GBP (euro to British pound) and EUR–JPY (euro to Japanese yen) pairs.

So, what to make of this?

Apparently, even before the U.K. voted to remove itself from the European Union, it had been courting China to establish London as the main international CNH transaction hub.

Former conservative Prime Minister David Cameron first saw establishing relations with China as a top priority. For years, the UK’s enthusiasm for China was often in conflict with Washington’s—and even its own—interests. Despite well-documented struggles of Britain’s steel industry due to China’s steel dumping, Downing Street blocked numerous proposals by the European Commission to increase tariffs on cheap Chinese steel imports.

In terms of tax revenues for the royal family, it has paid off—until now.

The EU is China’s top single trade partner, and much of that trade—including currency exchange—goes through the UK.

But as the UK crashes towards a “no-deal” Brexit in March, its days as the main global CNH trading hub could be numbered. Chinese companies and financial institutions may need to pivot to a new European hub. A number of large banks have set up infrastructure and moved staff to Paris and Frankfurt ahead of Brexit, and if they can lure investors and companies trading with China away from London, the UK may have little left to show for its wooing of Chinese interests.