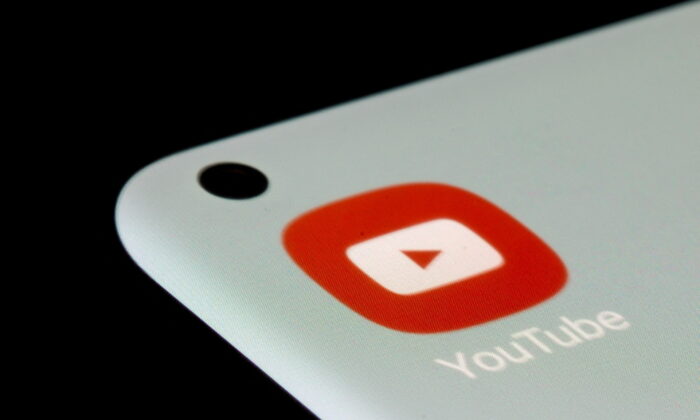 YouTube app on a smartphone in this illustration taken on July 13, 2021. (Dado Ruvic/Illustration/Reuters)
Media & Big Tech

YouTube unblocked Indian news channel WION—which had been banned for reporting Russia’s statement on the Ukraine war—on March 26 after the news channel’s campaign against YouTube’s censorship garnered over 26,000 tweets in support.

“After a massive, viewer-led 12-hour campaign that saw over 26k (and counting) tweets in our support, YouTube unblocked WION,” the news outlet said in a tweet.

Lavrov said in his speech that Russia “did not attack Ukraine” and that Moscow had “explained on numerous occasions that there was a situation that posed a direct threat to the security of the Russian Federation.”

WION said that it was only informed about the suspension on March 22, when YouTube sent a message stating that the video was in violation of its community guidelines.

YouTube responded by saying that its community guidelines “prohibit content denying, minimizing, or trivializing well-documented violent events, including the Russian invasion of Ukraine,” according to WION’s statement.

WION argued that the video was simply showing Lavrov’s speech, just as it was showing Kuleba’s speech, and that it did not endorse either of the ministers’ statements.

“WION neither believes in censorship nor in telling half the story. Apparently, that’s what YouTube wants. Block out everything Russia says, promote everything the West says. WION does not subscribe to that sort of journalism. Its objective is to remain balanced,” the news channel stated.

“And for the record, this treatment was reserved only for WION—a channel from India. Not for Western channels,” WION added.

The news outlet appeared to emphasize that YouTube is not a “media watchdog,” saying that the tech company “cannot be a platform and act as an editor and a censor all at the same time” because doing so would be “rigging the game.”

Indian senior government adviser Kanchan Gupta claimed that YouTube’s censoring of WION was based on “racial prejudice and political bias.”