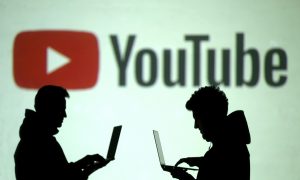 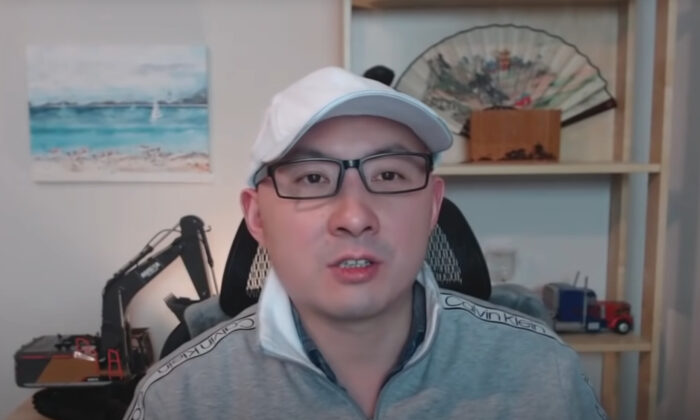 Zhou Qiang, the presenter of a weekly talkshow on YouTube, went missing in China on March 20, 2021. (Screenshot via The Epoch Times)
Chinese Regime

Chinese YouTuber Missing After Traveling to China From US, Friends Say

A presenter of a Chinese-language YouTube talkshow has been missing since March 20, after he traveled to China from the United States in early March, according to his friends.

Zhou Qiang, presenter of “Zhou Zhou Kan,” often touched on sensitive topics for the Chinese Communist Party (CCP), such as Dr. Li Wenliang, one of the first whistleblowers on the outbreak of CCP virus in Wuhan; real estate developer and dissident Ren Zhiqiang; authoritarian Chinese leader Xi Jinping; and the Hong Kong protests against the 2019 extradition bill.

The talk show has more than 65,000 subscribers and is operated by a company called Alliance Cultural Media (ACM).

Dr. Wang Juntao, co-chair of the Democratic Party of China, told The Epoch Times that Zhou had left Washington for Los Angeles on the morning of March 2. He stayed there for about two nights before obtaining a health certificate required for travel to China. Then he flew to Guangzhou and landed at Baiyun airport. At a nearby hotel, Zhou stayed in quarantine until around March 20. Afterwards, he became unreachable.

Wei Dahang, the founder of ACM, also corroborated Zhou’s disappearance in an email to The Epoch Times on April 16. He said that Zhou is back in China now.

He said Zhou joined his company in October 2018 and worked there until July 2020. Afterwards there was only a partnering relationship between them.

When asked about the most likely cause for his disappearance, Wei said, “Zhou’s personal reasons.”

The head of ACM disclosed that they had agreed Zhou would send him certain code if he fell into the hands of [Chinese] authorities. Wei said he hadn’t yet received the code.

Wei said he had tried a few ways—which he declined to name—to confirm Zhou’s whereabouts, but without success. Nor did he receive any encouraging reply from Zhou’s family. “They would contact us if Zhou were really held under control,” he said.

However, it could be impossible for Zhou to have enough time to get the code sent out if he was arrested suddenly, or for the family to tell the truth to the outside if they had been threatened or silenced by Chinese authorities.

Jie Lijian, a Los Angeles-based activist, told The Epoch Times on April 18 that it was likely that both Zhou and his family were being controlled by the CCP.

“Previous cases indicate that this has been a gangster tactic well used by the CCP,” said Jie, who had experienced dealing with the CCP’s police while in China. “The CCP is using Zhou as an example to harshly warn other [anti-Beijing] YouTubers, and returning to China for them is like a lamb giving itself away to a hungry tiger.”

Wei also did not rule out the possibility that Zhou was in the hands of the CCP. “Maybe a 30 percent probability,” he said.

Another Spain-based Chinese YouTuber, who calls himself Uncle Talkative from Beijing, said on April 16 that Zhou is “99.9 percent” in the grip of the CCP and predicted that his life would be ruined if he were thrown into a CCP prison, based on his decades-long observation of communist China.

Zhang Jie, who is also a China news commentator, recently posted four tweets on the event, contending that the CCP, which is trapped in challenges at home and abroad, urgently needs to label certain YouTubers as anti-China forces to avert attention from itself. He predicted that Zhou might be seen on TV to confess his guilt soon.

Meanwhile, the criminalization of speech in China is growing, with one 15-year-old boy in Sanyuan county, Shaanxi province, given an undisclosed punishment by local police on April 4 for so-called “remarks insulting the [CCP’s] marshals.”