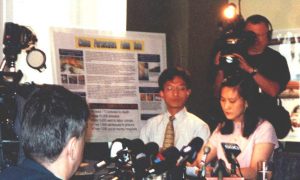 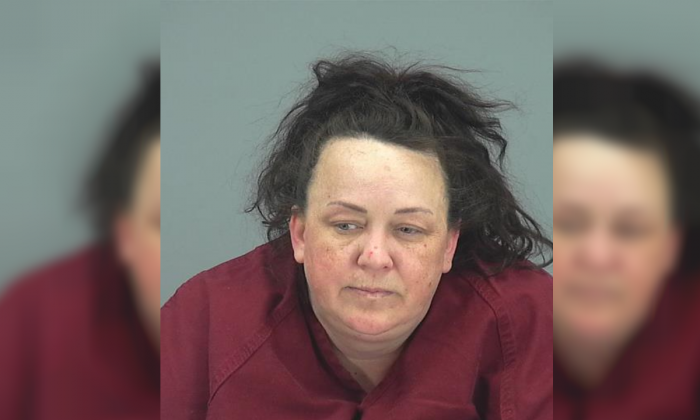 A YouTube star who is known for making videos featuring her seven adopted children has been arrested for allegedly physically, mentally, and sexually abusing the kids, police say.

Machelle Hackney, who runs the YouTube channel “Fantastic Adventures” that has accumulated over 250 million views since 2012, was arrested on March 15 after officers from the Maricopa Police Department conducted a welfare check at her home in Maricopa, Arizona, according to a complaint filed, reported ABC News.

A YouTube star is accused of physically abusing her seven adoptive children, who told authorities they were pepper sprayed, beaten and deprived of food and water.

According to court documents in Pinal County Superior Court, the welfare check occurred after Hackney’s biological daughter told officers that her younger adoptive sister said she was being abused by Hackney.

Along with Hackney, her two adults sons Logan and Ryan Hackney were also taken into custody on March 15. They have both been charged with seven counts each of failing to report child abuse.

When officers arrived at Hackney’s residence on March 13, they found seven children “who appeared to be malnourished, due to their pale complexion, dark rings under their eyes, underweight, and they stated they were thirsty and hungry,” reported ABC News. Police spoke with several children. One of them appeared “too scared to answer any questions.”

The children accused Hackney of locking them in a closet for days at a time without water. One of the children was made to wear a pull-up diaper and was not allowed to use the bathroom. Moreover, the children were allegedly pepper sprayed, spanked, and forced to take ice baths. If they resisted they were punished.

The children told police their adoptive mother starved, beat and pepper sprayed them when they failed to follow direction for videos, officials said.

The probable cause statement also detailed the alleged abuse of another child. This child claimed that he would “either get beat with a hanger or belt,” “or a brush,” “or get pepper sprayed from head to toe.” He also claimed that Hackney would grab at his genitals. Hackney has also been accused of pinching one of the boys in a sensitive area with her fingernails until he bled, reported NBC News.

Police said the children told them they were taken out of school and allegedly forced to participate in their mother’s YouTube series, claiming that they had not been in school for years. They would also be punished if they forgot their lines or did not follow instructions. One of the children said he “was in the green screen room most of his life,” the news station reported.

All seven children have been removed from Hackney’s care by the Department of Child Services.

Hackney’s son Logan allegedly admitted to police that he was aware of the abuse on his siblings, saying that he had observed physical injuries on the children and has also heard them scream and cry, the complaint said. Moreover, the children told authorities that Ryan would sneak them food when they were being locked in the closet, reported ABC News.

Hackney was arraigned on March 19 and her secured bond has been set at $200,000 and a preliminary hearing set for March 26, according to inmate records.

The adoptive mother, who also goes by her maiden name Hobson, has denied the allegations, saying that she only grounded, spanked, and made the children stand in the corner as forms of punishment, the complaint said.

As of noon on March 20, Hackney’s YouTube channel was still online, but the popular online video website confirmed to NBC News that it has been demonetized after they were made aware of the arrests. The channel has more than 800,000 subscribers, and most videos have at least a few million views.