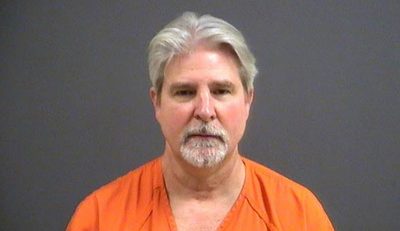 Youth Pastor Charged in the Deaths of 3 People in Virginia

A youth pastor was arrested and charged with murder in the shooting deaths of his stepdaughter, wife, and the stepdaughter’s boyfriend in their home on Thanksgiving Day, police said.

Christopher Gattis, 58, was charged with three counts of first-degree murder and three counts of using a firearm in the commission of a felony, according to the Richmond Times-Dispatch.

The women’s bodies and the man’s body were found inside the Chester, Virginia, home and in the front yard, police said.

Gattis, a youth pastor at Grace Lutheran Church, is being held at Chesterfield County Jail without bond. He is set to appear at the General District Court on Monday and Juvenile and Domestic Relations District Court on Tuesday.

Many people knew Gattis and the victims, a neighbor stated.

“We were all friends. We hang out sometimes [and] cook out in the back,” neighbor Mike Brown told WTVR. “I mean every time I see them, they’re always the same way. [I] had no clue that they were having problems that I knew of, but behind closed doors is behind closed doors.”

“I have one detained; be advised he shot three people … I got one male subject on the ground. He’s got two gunshots to the stomach … Sir, we have two females down in the kitchen,” according to the call, as reported by NBC12

Dear reader, we have a little favor to ask of you. We work hard to deliver important and interesting articles, but we can’t do it without ad revenue.