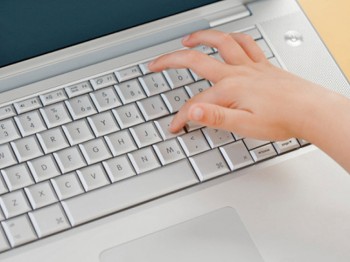 New research from the United States found that peer influence and low self-control are associated with juvenile cybercrimes. (Photos.com)
Science

Criminologist Thomas Holt at Michigan State University and colleagues surveyed more than 400 middle and high school students and found that those whose friends committed cybercrime were more likely to do the same. Previous research tended to focus on college students rather than younger offenders.

Holt stresses the need for parents’ awareness of their children’s social circle and Internet activity. “It’s important to know what your kids are doing when they’re online and who they are associating with both online and offline,” he said in a press release.

According to the study, published online in the American Journal of Criminal Justice on June 17, lack of self-control is also correlated with cybercrimes in middle and high school students, but Holt said this aspect is harder for parents to deal with. “These are the more risk-taking, impulsive kids; they’re more likely to act on opportunity,” he explained. “So understanding your children’s potential for behavior is important as well.”

Holt said that parental-control computer programs can help, but he noted that children are often able to evade such software.

“It’s not just enough to have a Net Nanny,” Holt said. “Parents need to be more proactive with their kids and discuss these ethical dilemmas to using a computer, such as whether it’s right or wrong to steal music or to download something without paying for it.

The growing notoriety of online hacking groups could prove a lure for some vulnerable teenagers.

Sophos cybersecurity expert Graham Cluley recently told U.K. newspaper The Independent: “Hacking groups are deliberately using social networks to publicize what they do and ask for help from members of the public.”

“There’s a huge amount of bravado, rivalry, and boasting within these groups.”

The arrest of U.K. teenager Ryan Cleary for suspicion of launching cyber-attacks against the websites of major organizations, including the U.K.’s Serious Organized Crime Agency, also brought to light claimed mental health issues such as autism, attention deficit hyperactivity disorder, and agoraphobia.

Cleary, 19, is an alleged member of the “hactivist” collective Lulz Security (LulzSec), which has claimed responsibility for a recent spate of high-profile cyber-attacks.

“Top priority is to steal and leak any classified government information, including e-mail spools and documentation,” the group recently announced in an online statement, adding, “Come aboard, we’re expecting you …”

According to U.K. newspaper The Telegraph, Cleary has a history of troubled behavior and tried to hang himself at age 10. His mother, Rita Cleary, said that her son was obsessed with his computer and the Internet.

“I would have to leave his dinner outside his door and didn’t hardly see him,” she told the U.K.’s Daily Mail. “He would only let me into the room once a week to clean it out, but apart from that it was off limits.”

“He didn’t have a social life and lived through his computer,” she added. “He would socialize on the Internet, he didn’t go out at all and didn’t really have any friends.”

When she asked her son what he was doing, he said he was working on gaming programs or playing games. But when she threatened to confiscate his computer or remove his Internet access, he told her that he would commit suicide.