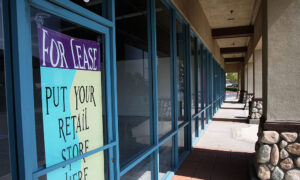 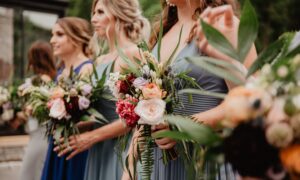 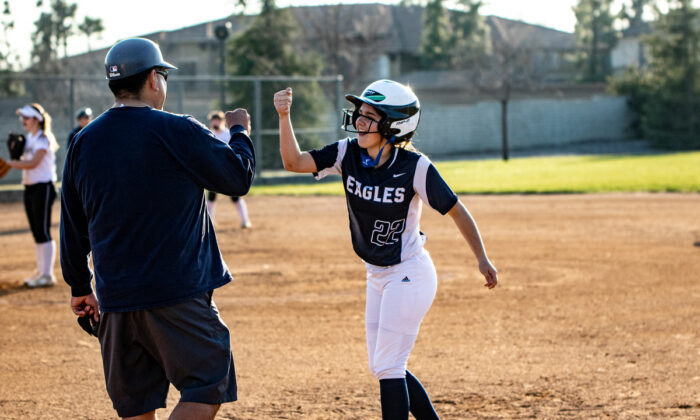 IRVINE, Calif.—Youth athletics programs in California are facing major budget hurdles in complying with Assembly Bill (AB 5), a state law in effect since Jan. 1 that greatly restricts the hiring of independent contractors.

Instead, any hires must be full- or part-time employees.

“Financially, the cost to run athletic programs will double or triple,” he said. “Schools heavily subsidize sports programs; the number of sports we can offer may have to be reduced, and fees to student-athletes will have to increase substantially as well.

“It’s a terrible loss for the students. For some students, sports is the only thing that is keeping them engaged in school, or in life—those are the kids that would suffer the most.”

Volunteers and workers “do it out of a desire to mentor young student-athletes, and many have their own children in the program,” said Hoy. Some may receive a small stipend for their services to cover out-of-pocket costs or as a gesture of appreciation.

“The bill will substantially change the nature of athletic programs for schools and not-for-profit sports programs. Philosophically, AB 5 forces schools and sports workers into complicated employer-employee relationships that neither side may want.

“AB 5 forces everyone to treat athletics as a business endeavor, instead of something we participate in for the good of students.”

School athletics programs have a profound impact on students’ lives long after they walk away from sports, according to a 2014 study by researchers at Cornell University. Student-athletes tend to obtain better-paying jobs, develop a stronger work ethic, and become well-rounded citizens.

“When you look at athletics within the context of a school, you have the classroom, which trains the mind. But, at the same time, you have a priority of learning how to discipline the body as well,” said Dr. Matthew J. Dixon, a private-school administrator for extracurricular programs.

“For us … that’s a big part of their educational experience.”

Another school, Calvin Christian, is complying with AB 5 by transitioning contractors to part-time employees.

However, because the school must pay workers minimum wage, the amount of hours that coaches are permitted to work has been reduced. The school’s budget for sports programs only allows for a certain number of hours for these now-employees.

Coaches are often doing more than running practices and games, Kok said. There are extra hours coaches put in for scouting, or riding on buses to and from games, which would make up an additional two to three hours that they would be employed.

“The coaches don’t like this,” he said. “They much rather the stipend method, because it offers them more freedom.”

Now, they’ll have to work within set time frames to stay under budget.

“They’re not coaching for the money—if you coach for the money, you don’t make very much money in high school,” Kok said.

Dixon said he “understands the heart behind AB 5 and wanting to protect certain classes of employees.”

The law was passed with the intent to protect workers being misclassified as contractors; employees gain some benefits contractors don’t, including a guaranteed minimum wage.

But Dixon said the sports industry needs to be re-examined for permissible contractor statuses. “No matter what we do or how it’s adjusted, at the end of the day, our student-athletes lose out,” he said.

Game Over for Some Referees

Referees and game officials are also often contracted through associations across the state. Those associations refer contractors to schools, clubs, and YMCAs. The contractors can choose which gigs they want to work based on their schedules, set their pay rates, and buy their own uniforms and supplies.

A woman in San Diego, who asked not to be named, successfully founded a referee association 10 years ago and is now facing a retroactive audit of up to $200,000 issued by the Employment Development Department (EDD) for the past three years.

She was flagged because she has more than 190 independent contractors.

“That [$200,000] is far more than I made in those three years, and it will not only put me out of business, but also drive me bankrupt,” she said. “I am a single woman, minority, small-business owner, and I am somehow the target of the state.”

Officials don’t officiate as a career or as a full-time pursuit with a single employer, she said. They work for multiple associations and pick up gigs that fit their schedules, while also working day jobs.

“I just purchased my first home two months ago,” she said. “I take on this large mortgage, and next thing I know, the EDD wants to take me for everything I have.”

The San Diego native has a law degree and claimed she “did everything by the book” for the last decade in her business.

“My company was set up by attorneys, my contractor agreements were written by attorneys,” she said. “This will put refs out of work and this brings sports to a halt at the youth level.”

California’s gig-economy is made up of roughly 1 million workers, the Legislative Analyst’s Office has found; it’s too early to say how many contractors will become employees due to AB 5.

Many contractors and employers in various industries have voiced opposition to the law, saying they rely on the advantages of the gig economy in hiring decisions.

While the law allows some exceptions, legislators are calling for additions, introducing at least eight bills related to repealing or extending exemptions to AB 5.

One of those bills, AB 1928, was introduced as an urgent relief bill that would immediately suspend some mandates imposed by AB 5. AB 1928, written by two Republicans, Assemblyman Kevin Kiley of Granite Bay and Assemblywoman Melissa Melendez of Murrieta, will be voted on Feb. 27 by the Assembly.

It’s unclear how the repeal effort will hold up in a largely Democratic-controlled legislature.

Let’s talk a minute about Labor Brokers. A lot of the opposition/backlash to AB5 is coming from Labor Brokers. What’s a labor broker? It’s a business that doesn’t actually hire employees to do the business of their work. They hire only independent contractors. 1/