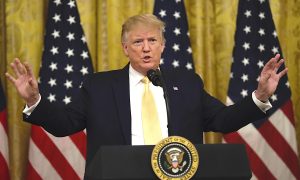 Trump: Progressives Who Bad-Mouth America 'Must Not Be Allowed to Go Unchallenged'
0 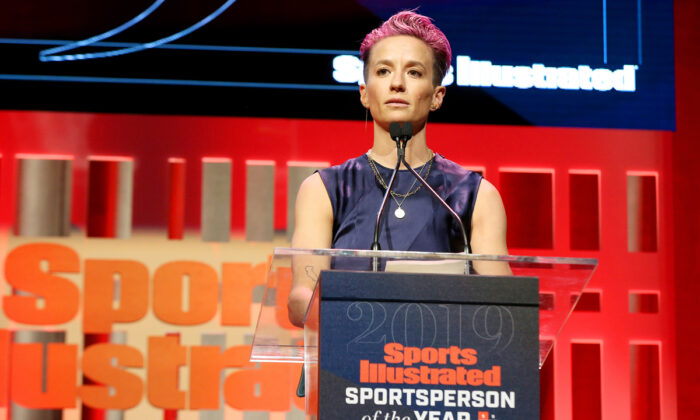 You’re Only a Hero If You Embrace Leftist Ideology

Sure, progressive ideology exists in mainstream news, but often it’s subtle. Not so this month. In time for the year’s end, two major magazines, Time and Sports Illustrated, honored their picks for “person” and “sportsperson” of the year.

Unsurprisingly, these people are both ideological leftists who spent the year mocking conservative ideas, bashing President Donald Trump, and generally complaining about America.

Megan Rapinoe is the 2019 Sports Illustrated Sportsperson of the Year. The phenomenal story by @JennyVrentas is here: https://t.co/yrAy042G6U pic.twitter.com/Hjo0tFlJYV

While Greta Thunberg is only a child—and, as a mother, I’d frankly prefer she’d be left alone with her opinions about climate change—the left had other ideas. As her popularity grew in her home country of Sweden, they propped her up throughout the world—and especially here in the United States—as the voice of reason, science, and logic, despite her being a mere 16 years old.

When she lectured the world at the U.N. Summit in her famous “How dare you?” speech, leftists acted ashamed at their perceived inaction then emboldened to pursue whatever this child told them to about a subject no one, not even scientists, seems to fully understand.

Indeed, Thunberg knows far less about climate change as a cultural or scientific phenomenon than a climatologist or economist, but no matter: She speaks compelling, progressive talking points, ridiculing President Trump and America’s stance on cultural and economic issues, so she’s rewarded with the honor of Time magazine’s “Person of the Year.”

The same goes for Megan Rapinoe, a professional soccer player, whom Sports Illustrated didn’t honor so much for her athletic skills, but for her willingness to refuse to visit the White House because President Trump lives there and she believes him to be a racist, misogynist, bigot. For this, the left applauded her boldness.

In follow up interviews, Rapinoe declared that Trump’s message “was excluding people” and seemed to use any chance in the public eye to bash him.

While both Thunberg and Rapinoe were certainly buzzworthy, it’s hard to see why they were labeled heroes, and honored with such extravagant titles. There are so many other women who could have been honored this year for their bravery, accomplishments, skills, and talents.

As far as causes go, there are many women who have trumpeted a worthy cause without parroting liberal talking points.

Mother and lawyer-in-training Kim Kardashian West, who was first a star because of her reality television show, has actively participated in helping make prison reform a reality.

Gretchen Carlson was the first brave woman to stand up in the era of #MeToo and accuse her employer of sexual harassment, a lawsuit she won. Now, she’s championing the right for women to be released from non-disclosure agreements that keep them from acknowledging abuse in the workplace. Her story was first released as a Showtime mini-series called “The Loudest Voice” this year, and the film “Bombshell” will be released Dec. 20.

As far as women in sports, there are dozens of heroes to acknowledge. Simone Biles is the world’s most decorated gymnast. However, she too had the courage to open up about her own sexual abuse experience this last year. While the BBC did honor her with the “Sports Personality of the Year” award, she too would have been worthy of the honor from Sports Illustrated.

These women, and dozens of others, have acted courageously, accomplished incredible feats, and even tiptoed in and around politics, while remaining focused on their gifts, their calling.

It seems commonplace now for vocal opponents of conservative ideas or Republican presidents to receive exorbitant fanfare, but it’s still unfortunate. It’s too bad that these influential magazines lauded these two women who both were outspoken against President Trump and offered little to the public sphere but complaints, labels, tantrums, and misguided concepts about science.

These women are free to speak as they wish but it doesn’t mean our culture need applaud it.