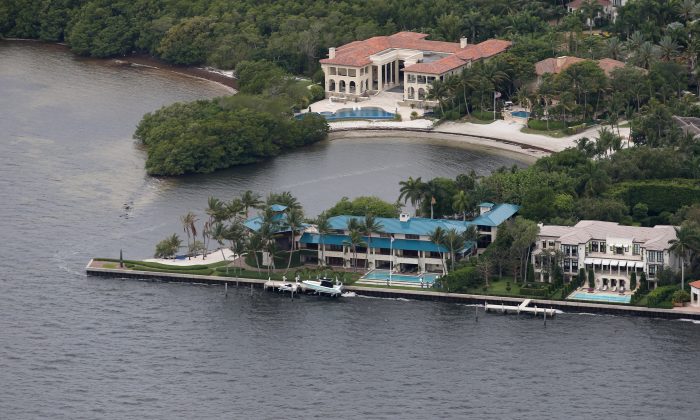 There are an increasing number of cases where corrupt Chinese officials are buying luxury homes and villas, with many of them choosing to buy properties overseas—and the United States is one of the most popular spots.

It was recently exposed that Chinese businessman Ling Wancheng owns a luxury home worth millions in Southern California. Ling is the brother of Ling Jihua, the former head of one of China’s main spy departments, the United Front Work Department.

The home is located in Arcadia, near Los Angeles, according to online Chinese news outlet Boxun. Online real estate database Zillows shows that the 7,808 square-foot home was sold on Sept. 19, 2013, for $2.5 million.

The buyers of the home were Wang Cheng and Li Ping, according to Boxun. Wang Cheng is a known pseudonym often used by Ling Wancheng, and Li Ping is his wife.

Before Ling’s brother, Ling Jihua, was sacked for corruption last December, rumors of Ling Wancheng being investigated started to surface. However, the Chinese regime’s official news outlets have not yet confirmed the investigation.

The Arcadia home is also not the only property held by Ling Wancheng in the United States, according to Chinese news outlet Duowei.

Arcadia is also apparently a hot spot for wealthy Chinese businessmen and officials, a local real estate broker told Duowei. Currently, about half of the residents there are Chinese. Luxury private swimming pools and tennis courts are commonly seen in the neighborhoods.

A typical example is former deputy chief engineer of China’s Ministry of Railways, Zhang Shuguang, who owned a luxury house in California worth over $1.5 million, according to Chinese state-run media. Zhang and his wife, Wang Xing, purchased the 4,100 square-foot home in 2002 for $860,000.

Zhang, who was also the former deputy chief designer of the Chinese high-speed railway, was in charge of many Chinese rail projects. He is estimated to have embezzled $2.8 billion from rail projects to his personal overseas accounts. Zhang was sentenced to death in two years time, in October 2014.

Another example is Yang Xiuzhu, the former deputy mayor of Wenzhou City in Zhejiang Province, and the former deputy director of Zhejiang Provincial Construction Department. She owns a five-story apartment building in Manhattan valued at $5 million, according to state-run Beijing News. Yang bought the building in 1996 through a relative, and transferred the building under her name a few months later, the report states.

Yang fled to the United States with her daughter in 2003 when state regulators started inspecting bribery cases related to her. In 2004, Wenzhou City reported that Yang acquired over $40 million through corruption, including by taking bribes and misappropriating public funding.

The Chinese regime launched a global Fox Hunt project last year to capture corrupt officials that fled overseas. Yang Xiuzhu is one of the targets of the Fox Hunt project, according to state-run news agencies. She is currently in police custody in the Netherlands, and is in the process of being repatriated.