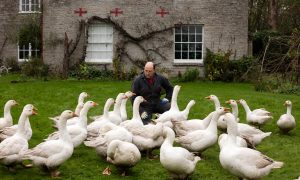 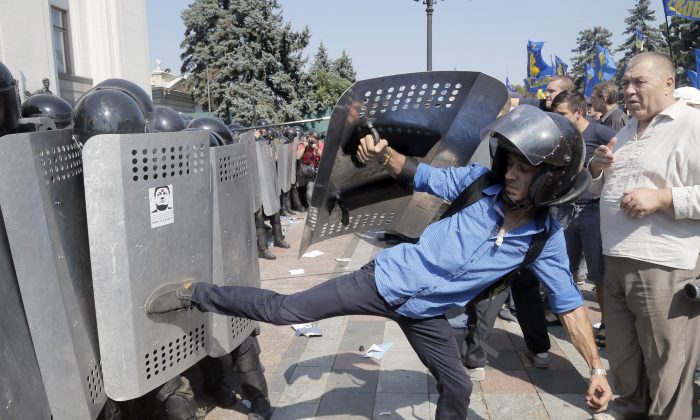 Ukrainian protesters, one using police riot equipment, clash with police after a vote to give greater powers to the east, outside the Parliament, Kiev, Ukraine, Monday, Aug. 31, 2015. The Ukrainian parliament has given preliminary approval to a controversial constitutional amendment that would provide greater powers to separatist regions in the east. Hundreds of people gathered in front of the parliament to protest against the amendment. (AP Photo/Efrem Lukatsky)
International