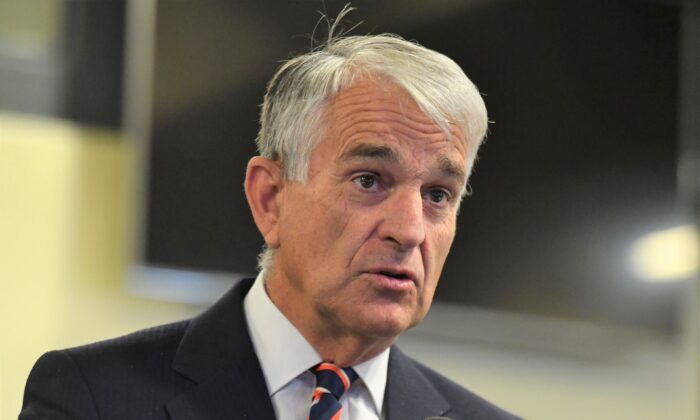 Former Deputy Prime Minister John Anderson has spoken out against the over-simplification of debate on climate change and China—and the struggles of young people with understanding these issues—during the recently concluded 2022 Australian federal election.

The election of so many left-wing Greens and “teal” independents reflected a strong interest from affluent and younger voters in issues such as climate change, integrity in politics, and more gender equality policy.

Anderson, who served in the former Howard government from 1999 to 2005, said that voters had little understanding of the true implications of how climate change policies and higher emissions targets would work.

Such a policy would force individuals and companies to completely reconfigure how the economy and businesses are powered—even how homes receive electricity.

“We’re not confronting the real limitations of what we can do, as well as all the real possibilities of what we can do,” he told Sky News Australia on May 23. “We can help feed a world that’s facing a global food crisis, but it means we must be realistic about the fact that we need a lot of fossil fuel energy to do it. That’s a moral cause.”

“This is one of the great problems of the 30-second grab, which has now morphed into an addiction to social media where the spontaneous, clever wit and nastiness—outweigh considered proper debate—and the nation is the loser.

“I was on the polling booth yesterday, and a very nice, agreeable, and intelligent young Australian came up to me and said, ‘I don’t know how to vote. Can you give me some ideas of what the issues are?’

Anderson questioned how people could find information and understand election issues during a time when the country faced the “most dangerous economic and strategic environment.”

The former deputy prime minister also said identity politics had contributed to this problem, saying individuals were not judged on their ideas and views but on whether they conformed to existing ideology.

“We’re throwing away the capacity to find consensus, and you cannot get good public policy out of a bad debate,” he said. “We have a crisis in terms of our ability to find the right language, the right means to talk properly, and I’ve noticed the dumbing down of the Parliament.”

“When I went in there, people on both sides had deeply held philosophical worldviews that were very impressive with a real ability to [outline] them so they’d have an idea of what sort of Australia they wanted to make.”

The outgoing Coalition government lost a host of inner-city seats to the left-wing Australian Greens party and the so-called “teal” independents—whose namesake reflects the combination of the traditional blue colours of the Coalition with Green ideology.

The former government saw six traditionally liberal voting seats vote for Climate 200-backed teals, with three in Sydney, two in Melbourne (most notably that of the former Treasurer Josh Frydenberg), and one in Perth.

In Brisbane, where no teal candidates were fielded, the Coalition lost three inner-city seats to both the Greens and the opposition Labor Party.