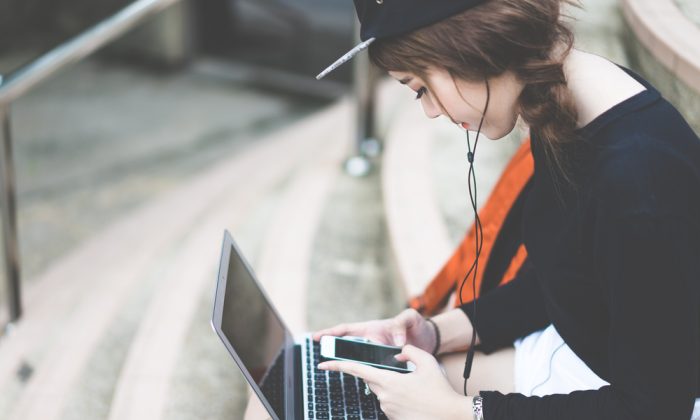 (PORTRAIT IMAGES ASIA BY NONWARIT/Shutterstock)
US

Young news consumers have trouble distinguishing credible sources from unreliable ones, according to a new report.

For example, they often can’t tell the difference between advertisements and news articles, or they can’t identify the source of a story.

“Many people assume that because young people are fluent in social media they are equally perceptive about what they find there,” says Sam Wineburg, a professor at Stanford Graduate School of Education and the report’s lead author. “Our work shows the opposite to be true.”

Wineburg founded the Stanford History Education Group (SHEG), which released the report. The researchers began their work in January 2015, well before the most recent debates over fake news and its influence on the presidential election.

The scholars tackled the question of “civic online reasoning” because there were few ways to assess how students evaluate online information and to identify approaches to teach the skills necessary to evaluate news sources.

The authors worry that democracy is threatened by the ease at which disinformation about civic issues is allowed to spread and flourish.

“Many of the materials on web credibility were state-of-the-art in 1999. So much has changed but many schools are stuck in the past,” says Joel Breakstone, the director of SHEG, which has designed social studies curriculum that teaches students how to evaluate primary sources. That curriculum has been downloaded 3.5 million times, and is used by several school districts.

The assessments reflected key understandings the students should possess such as being able to find out who wrote a story and whether that source is credible.

The authors drew on the expertise of teachers, university researchers, librarians, and news experts to come up with 15 age-appropriate tests—five each for middle school, high school, and college levels.

“In every case and at every level, we were taken aback by students’ lack of preparation,” the authors write.

In middle school they tested basic skills, such as the trustworthiness of different tweets or articles.

One assessment required middle schoolers to explain why they might not trust an article on financial planning that was written by a bank executive and sponsored by a bank. The researchers found that many students did not cite authorship or article sponsorship as key reasons for not believing the article.

Another assessment had middle school students look at the homepage of Slate. They were asked to identify certain bits of content as either news stories or advertisements. The students were able to identify a traditional ad—one with a coupon code—from a news story pretty easily.

But of the 203 students surveyed, more than 80 percent believed a native ad, identified with the words “sponsored content,” was a real news story.

At the high school level, one assessment tested whether students were familiar with key social media conventions, including the blue checkmark that indicates an account was verified as legitimate by Twitter and Facebook.

Students were asked to evaluate two Facebook posts announcing Donald Trump’s candidacy for president. One was from the verified Fox News account and the other was from an account that looked like Fox News. Only a quarter of the students recognized and explained the significance of the blue checkmark.

And over 30 percent of students argued that the fake account was more trustworthy because of some key graphic elements that it included.

“This finding indicates that students may focus more on the content of social media posts than on their sources,” the authors write. “Despite their fluency with social media, many students are unaware of basic conventions for indicating verified digital information.”

For one task, students had to determine whether Margaret Sanger, the founder of Planned Parenthood, believed in state-sponsored euthanasia. A typical Google search shows dozens of websites addressing the topic from opposite angles.

“Making sense of search results is even more challenging with politically charged topics,” the researchers say. “A digitally literate student has the knowledge and skill to wade through mixed results to find reliable and accurate information.”

In another assessment, college students had to evaluate website credibility. The researchers found that high production values, links to reputable news organizations, and polished “About” pages had the ability to sway students into believing without very much skepticism the contents of the site.

Wineburg says the next steps to this research include helping educators use these tasks to track student understanding and to adjust instruction. He also envisions developing curriculum for teachers, and the Stanford History Education Group has already begun to pilot lesson plans in local high schools.

Finally, the researchers hope to produce videos showing the depth of the problem and demonstrating the link between digital literacy and informed citizenship.

“As recent headlines demonstrate, this work is more important now than ever,” Wineburg says. “In the coming months, we look forward to sharing our assessments and working with educators to create materials that will help young people navigate the sea of disinformation they encounter online.”