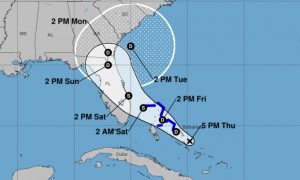 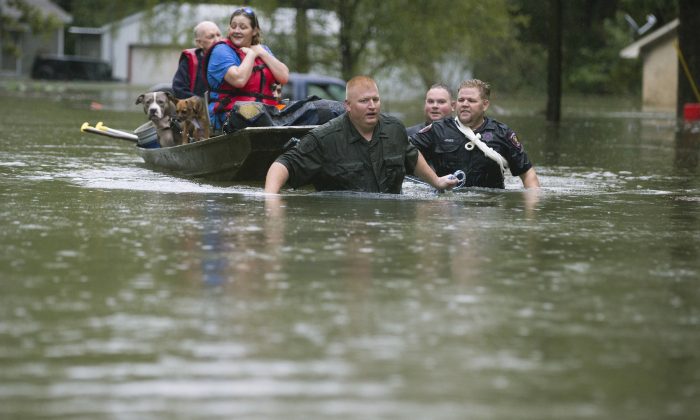 As Tropical Depression Imelda continues to batter the Houston area and parts of Texas and Louisiana with torrential rain, at least two people are dead, including a young man who was electrocuted while trying to move his horse to safety.

The 19-year-old man died on Sept. 19 after he was electrocuted and drowned in Jefferson County in southeast Texas while attempting to rescue his horse, a message from his family shared by the Jefferson County Sheriff’s Office said. According to the department, the death occurred during a lightning storm.

He was later identified as Hunter Morrison.

“Right now my family and I are going through one of the most horrific times in our lives with losing Hunter,” his brother, Caleb Morrison, wrote on Facebook. “He was trying to move his horse, got electrocuted, and drowned.”

A second death was confirmed later on Sept. 19. A man in his 40s or 50s drowned after he tried to drive a van through 8-foot-deep floodwaters near Bush Intercontinental Airport in Houston, Harris County Judge Ed Gonzalez said. The man was pronounced dead after his body was pulled from the van, which was submerged.

Imelda is the first named storm to hit the Houston area since Harvey, a category 4 hurricane, inundated the Gulf Coast in August 2017.

By late afternoon Thursday, the rains had mostly abated but officials warned millions of people in the area to stay put and not move, as it would take several hours for floodwaters to drain off.

“If you’re at school, stay at school. If you’re at home, stay at home. If you’re at work, stay at work,” said Lina Hidalgo, the Harris County judge, at a press conference as she declared a state of emergency for the Houston area. “Right now, it’s about life safety.”

Rescue crews and volunteers with boats tried reach scores of stranded drivers and families trapped in their homes on Thursday, with officials in Harris County, which includes Houston, saying there had been a combination of more than 1,000 high-water rescues and evacuations to get people to shelter. The storm also flooded parts of southwestern Louisiana.

More than 900 flights were canceled or delayed in Houston. Around 100,000 people in Houston and southeast Texas lost power, according to reports from energy companies, while work at oil refineries in the area was slowed or halted.

Here’s the #weather snapshot for #Friday, September 20. The heavy rain threat from the remnants of #Imelda shift north toward the ArkLaTex, while a cold front arriving into the Upper Midwest may trigger severe thunderstorms, along with heavy rain and possible flooding. pic.twitter.com/H8U1CXnyzC

The NWS also indicated that preliminary estimates showed that Jefferson County was swamped with more than 40 inches of rain in just 72 hours, which would make Imelda the seventh wettest tropical cyclone in U.S. history.

Imelda made landfall as a tropical storm near Freeport, Texas on Tuesday.