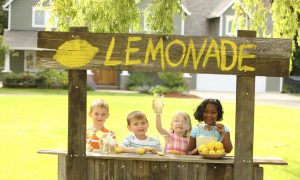 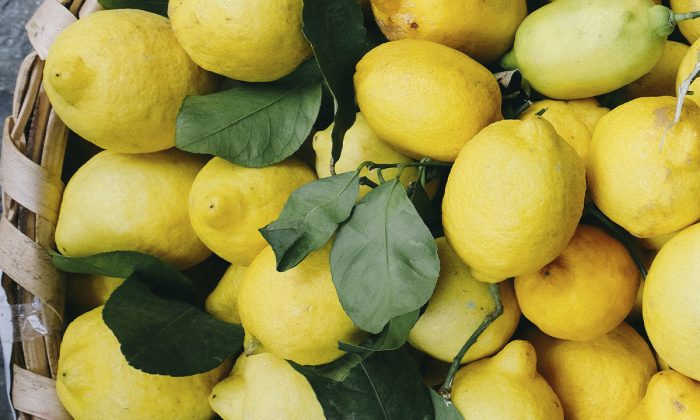 An 11-year-old girl in Kankakee, Illinois, had her lemonade stand shut down recently by local authorities after it was discovered to be in violation of health codes.

However, According to CBS Chicago, the young girl, Hayli Martenez, is determined to get her lemonade stand back in operation.

The young girl sells her lemonade for $0.50 each, and says what she loves most about it is that she gets to “see everybody smile when they taste my lemonade.”

Hayli also plans to put the proceeds of her lemonade stand towards her future, “I can go in my bank account, get it out, and I can go to college,” she said.

The lemonade stand, named Haylibug Lemonadez, has cultivated quite the local following. The local newspaper, the Kankakee Daily Journal, even wrote an article about it.

Soon after, however, on June 20, local health officials came and shut down the lemonade stand due to sanitation and health concerns.

The young girl’s home allegedly has no running water or sewage services, causing authorities to deem it unsanitary.

Hayli’s mother Iva Martenez, being unemployed, has been unable to keep pace with water and sewage bills.

Her reaction to the situation was, “‘Are you serious? Are you really serious that we have to stop making lemonade?’ and that’s when he hit my nerve when he said: ‘Yeah, you people have to stop selling lemonade.”

Iva claims that Hayli was using bottled water, and that “People actually donated water to Hayli.”

According to the Daily-Journal, Health Administrator John Bevis claims that the lemonade stand was already on the Health Department’s radar even before local news coverage.

Bevis says that Hayli wasn’t merely selling lemonade, but was also making smoothies with fruits and vegetables, which, by law, requires a permit.

Bevis told reporters, “When you cross that line, we can no longer overlook that. Those are health issues. We have to prevent food-borne outbreaks.”

“We have a situation where we have food products that are being made and mixed in bottles that are not approved by a licensed facility.

“Are the bottles being reused? If they are, I don’t know what was in the bottles first,” Bevis also mentioned.

Can someone find this girl so we can help her and her mom? “11-Year-Old’s Lemonade Stand Shut Down by Illinois Health Officials” cc: @dmartosko https://t.co/l4CTCcyWCo

According to the Daily Mail, fruits and vegetables can become contaminated with Salmonella, E. coli, and listeria during the production, processing, and distribution stages before even reaching the consumer.

Iva claims, however, that Hayli only provides flavored water to customers requiring them to make their own smoothies.

The mother and daughter also claim they were doing their best to ensure the produce being used was clean.

Authorities say they are willing to work with the family to re-instate the lemonade stand, provided Iva takes the necessary steps to re-activate the water and sewer services.

“I really want to go back to selling lemonade,” said Hayli. “That was my dream and I’ve had a lot of fun selling it.”

Iva says she’s a little over $200 behind on her bills. The utility company, however, says she actually owes $1,116. The Martinez family has been ordered by the city to vacate the property, as well.

Officials say that because there is no running water or active sewer services on the property it is in violation of building codes.

A Go Fund Me page has been set up to acquire funding.

More information regarding Haylibug Lemonadez can be found on Facebook.