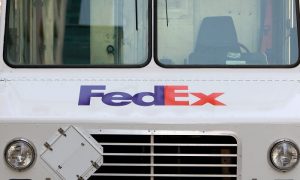 Authorities are investigating the death of a child who was found dumped near a hiking trail in Hacienda Heights, Los Angeles, on March 5.

The county’s parks and recreation staff members who were gardening in the area found the body at around 10 a.m. and alerted police, according to authorities. The child was pronounced dead at the scene and described as being a black girl who was around 7 to 10 years old.

Investigators believe the girl’s body had been left at the location over 24 hours ago. The county’s medical examiner-coroner is determining the gender and identity of the child and cause of death.

Lt. Scott Hogland told KTLA that the victim was found in close proximity to a piece of luggage but did not say whether the body was found inside it. Hogland added that the body appeared to have been “dumped” or “pushed off the edge of roadway down the embankment” and onto an equestrian trail.

According to the news station, the body was found near the Hsi Lai Buddhist Temple.

“We are investigating this as a homicide scene, but, again, we don’t have a lot of details regarding the victim,” Hogland told the news station. He added that investigators are looking for anyone who may have information about a missing child in that age range.

Authorities said they were investigating the circumstances surrounding the death. So far no arrests have been made.

L.A. County Supervisor Janice Hahn released a statement on March 5, saying that her office was receiving updates about the incident.

Tragically, the body of what appears to be a young girl was found by County Parks and Recreation staff this morning…

“Tragically, the body of what appears to be a young girl was found by County Parks and Recreation staff this morning along the Skyline Trail in Hacienda Heights,” she said in the statement.

“I trust [the Sheriff’s Homicide Bureau Detectives] will identify this young victim and find whoever is responsible for this child’s death,” she continued.

According to the Californian Department of Justice (pdf), in 2018 there were 76,923 reports of a missing child who has left home without the knowledge or permission of parents or guardian and 269 reports of children missing due to suspicious circumstances in California.

Anyone with information about this incident is encouraged to contact the Los Angeles County Sheriff’s Department’s Homicide Bureau at (323) 890-5500. If you prefer to provide information anonymously, you may call “Crime Stoppers” by dialing (800) 222-TIPS (8477), use your smartphone by downloading the “P3 Tips” Mobile APP on Google Play or the Apple App Store or by using the website http://lacrimestoppers.org.