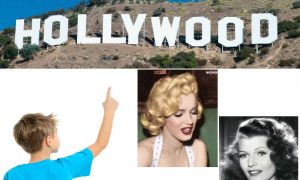 Twelve-year-old Annabel Beam was only nine years old when she fell 30 feet from a tree and claimed she saw heaven.

As Fox News Insider reports, “Annabel Beam was just five years old when she was diagnosed with two incurable disorders.”

The two life-threatening diseases affected her digestive system — but after she fell from that tree in 2011, she was asymptomatic and no longer needed medication, her mother Christy revealed.

No scientific explanation has been found for the disappearance of both diseases, but Annabel’s family thinks it has to do with Annabel claiming she saw heaven after she hit her head.

“I saw heaven. It was really bright, and I saw my Mimi who had died a couple years back. That’s how I knew I was in heaven,” Annabel said Tuesday on “Fox & Friends.”

Annabel’s story has now been chronicled by her mother, Christy Beam, in a new book called “Miracles from Heaven: A Little Girl, Her Journey to Heaven, and Her Amazing Story of Healing.”

The Star-Telegram spoke with Christy, who said what made her and her husband really believe her daughter’s story was Annabel’s claim she saw a little girl who Jesus said was her sister.

Christy had suffered a miscarriage before having Annabel and believes that child is who her daughter saw.

While Christy refers to her daughter’s recovery as a “miracle,” the Star-Telegram notes, “Annabel’s Boston-based gastroenterologist, Dr. Samuel Nurko, didn’t call it a miracle, but he did release the girl from his care last November, noting that she ‘is completely asymptomatic, is leading a normal life and is not requiring any therapies.'”

Stories of people claiming they’ve seen heaven are gaining momentum. In 2014, the story of a 4-year-old boy who claims he went to heaven while having an emergency appendectomy was adapted for the big screen in “Heaven Is for Real.”

The movie ended up doing fairly well, grossing around $101 million worldwide at the box office and a nomination for the People’s Choice Awards.

Not all of these stories about seeing heaven have happy endings, though. In January, Alex Malarkey, another child who claimed in a book he went to heaven when he was 6 years old, wrote in an open letter that he actually did not.