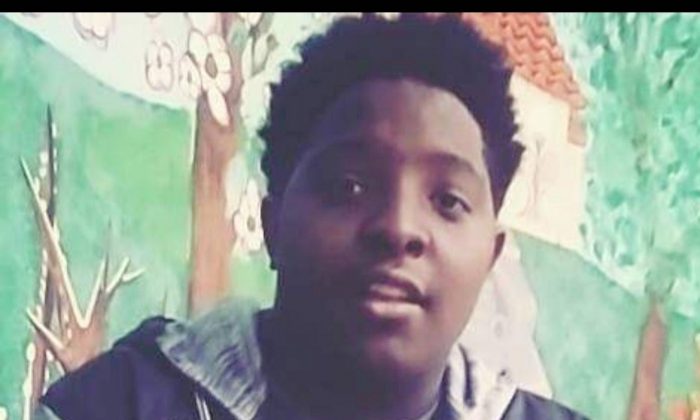 Young Father Shot After Birth of His Twins, On Life Support, Not Expected to Survive: Reports

A 20-year-old father was shot in Kentucky just hours after he had visited his two newborn twins. He is on life support but is not expected to survive, his family said, according to reports.

Tyrese Garvin was shot on Sunday, June 23, around 6 p.m. in the Smoketown neighborhood in Louisville, according to NBC affiliate WAVE3.

Police said he was the victim of a random shooting, the outlet reported.

He was transported to hospital in critical condition, according to ABC affiliate WHAS11.

HEART BREAKING: A young Louisville father will likely die from being shot while walking home after witnessing the birth of his first children, who are twins. https://t.co/rElbGY2dQQ

Garvin had just witnessed the birth of his two babies earlier that day at University Hospital. But after he left and was walking between Roseland and Clay streets, he was hit by multiple shots from behind. His body and his head were hit, according to multiple reports.

One of Garvin’s grandmothers told CBS affiliate WLKY, “He was very excited about becoming a father, and for something like this to happen and his children will never get to know him, that’s sad!”

Read More
Father Enraged by His Son’s Misconduct Takes Out His Anger—On Himself
Boy, 16, Shot Dead in Front of Father While Trying to Sell Xbox, Suspects on the Run

Police have charged three teens between 14 and 17 years old in relation to the incident, according to WHAS11.

His family has opened a GoFundMe account to raise money for his medical bills and anticipated funeral expenses. WLKY reports that his family is planning to take him off life support “in coming days.”

“Tyrese was a beautiful soul who would do anything in the world to help someone. He was full of energy and life and had a contagious smile. He was a father of two beautiful newborn twins that were his world. He was a best friend to many and loved by all,” the GoFundMe page said.

“He always left a memorable impression on you every time you were around him. He was one of the hardest working young man you would ever meet and had just landed a job at GE. Tyrese would always make sure others were taken care of before he took care of himself,” the message continued.

“He was selfless, respectful, honest, and would look you in the eye with a firm handshake while calling you ma’am or sir. Tyrese was taken from us way too soon, as he was a victim of the ongoing gun and gang violence surrounding the Louisville area.”

WHAS11 reported that within just three days, at least four people have died and five more people were injured in shootings in Louisville, Garvin among them.

Louisville Metro Police said the community has been struck by multiple incidents of violence over the past several weeks. Officers and detectives have been overwhelmed by the violence, Lieutenant Emily McKinley said in a press conference on June 27, according to WHAS11.

Police plead for community’s help after recent violence in Louisville: ‘It has to stop’ https://t.co/mvcCv4DQCa

“It has to stop,” McKinley said.

“We don’t want your car or your gun to be the next tool used in a homicide or a shooting,” she added. “I do not want to have to notify another parent of the murder of their son or their daughter.”

According to WHAS11, police are advising residents of Louisville to lock their vehicles, secure their weapons, and be aware of their surroundings. Parents should also be aware of their children’s activities on social media, especially taking note of any messages regarding guns, gangs, drugs, and any threats.