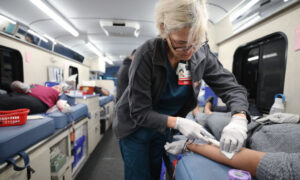 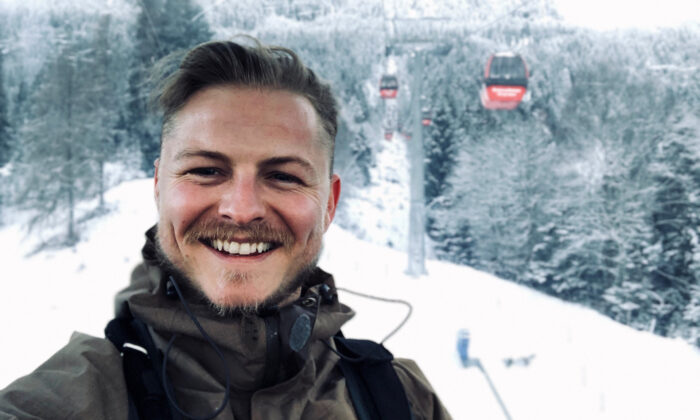 ORANGE, Calif.—“I had a cold sweat. My body was really, really achy. I had a splitting headache—like a, just a full-head migraine that was pounding—and then some nausea as well.”

Orange County resident Jason Sievert, 32, woke up on March 14 to what he thought was a bad case of the flu: fever, nausea, and fatigue.

“I had the chills and fever of 101 [degrees],” Sievert told The Epoch Times.

But then, he nearly vomited as he rolled out of bed.

“I took my [temperature] immediately because I knew I was sick,” he added.

Normally, Sievert—brand manager for a digital marketing agency in Irvine—boasts an active lifestyle, full of hot yoga, hiking, and trips to the gym. It would not be unusual to find him outdoors on the weekend, snowboarding at Big Bear Mountain or hitting a tee-shot on the golf course with friends.

He never imagined he would be one of the many battling the new CCP (Chinese Communist Party) virus, commonly known as the novel coronavirus.

But his symptoms worsened—and the nightmare of a brutal respiratory virus that has caused a worldwide pandemic would become Sievert’s new reality for the next 16 days.

‘Couldn’t Even Speak’ Without Coughing

Sievert’s first symptoms hit when he woke up Saturday morning. By the next day, things started to get worse.

“Towards the end of the weekend, when I started developing a little bit of a cough, that’s when I realized that it could be COVID-19,” Sievert said.

“I didn’t have an appetite, and that’s when I lost my sense of smell and taste.”

The day before he got sick, his company had authorized a work-from-home accommodation for all its employees—so at that point, he contacted his co-workers and asked if they were showing any symptoms. They weren’t.

By then, the disease had progressed even further, and the dry cough worsened.

Soon, Sievert could not take a “quarter to an eighth of a breath without coughing,” he said. Another common symptom, shortness of breath, followed soon thereafter.

“I couldn’t even speak a few words at that time without coughing really bad,” he said.

That’s when he first called a doctor.

Difficulty Convincing the Doctors to Give Him a Test

“I called around all my doctors, trying to get tested or at least try to get a screening,” he said.

But it wasn’t easy to get a test.

“It was near impossible at that time,” he said—because his primary doctor did not have a supply of test kits. With demand running high, he also was not eligible for a screening, according to his doctor’s office.

But as his condition worsened, he soon became desperate—so he called the emergency room.

“Then I called the ER, because I had heard that you can actually try to get screened from an ER doctor,” Sievert said. However, that didn’t work either.

“So, even that failed. I exhausted every single path that I possibly could.”

With his health declining, Sievert decided to do what he could and self-quarantine.

But soon the symptoms became unbearable.

Trying again, he called his doctor’s office and begged to be seen for a screening. When the doctors heard him over the phone—struggling to get a sentence out, interrupted by perpetual coughs—they finally agreed to screen him.

“I couldn’t even speak a few words at that time without coughing really bad,” explained Sievert. “So they heard me over the phone and said, ‘Alright, come on in.’

“And that’s when they gave me the referral to go to the clinic to get tested.”

Sievert managed to drive himself to the clinic in his electric Volkswagen Golf, though he said that he probably couldn’t have driven a few days earlier.

The clinic was a drive-through testing center in Anaheim, part of the Providence health system.

Sievert described his visit in detail.

At the first station, doctors ask patients a series of questions. If patients qualify for testing, they drive over to the second station, where they park at a stall. The medical staff will then proceed with the examination.

“They’ll send doctors up to your window, with masks and everything, and then they ask you more questions,” Sievert said. “They definitely knew that I [had the virus] at that point, and they were looking at me, like, freaking out.”

After Sievert coughed through his answers, the doctors finally administered the test—by inserting a long swab into his nose.

“They stick a really long stick with a cotton swab at the end, and they basically put it in your brain,” Sievert said. “It’s really uncomfortable. And they send it in the lab for testing.”

After the test was completed, Sievert signed some paperwork and was told he would be receiving a call with the test results within four to six days.

On day five, he received the call. It confirmed what he already knew: he had tested positive for COVID-19.

The clinic told Sievert to remain quarantined, and told him to stay away from people for at least three days after the symptoms had completely gone.

Though he shares a house with two others in Tustin, he holed up in his large room for most of the time. He had received a prescription for an inhaler to help with the cough following his initial visit to the doctor, but nothing else.

Finally, after 11 days, he started to feel a little better—though he still had no senses of taste or smell.

Sixteen days after the symptoms first started, he felt as though he had recovered completely. His senses of taste and smell had returned, and only the faintest trace of a cough remained, usually in the morning.

Advice From a Patient

“Honestly, right now, I don’t think—with how long it takes to get tested and get results—if it’s even worth going to be tested,” Sievert said.

He thinks it’s best for those who believe they have mild symptoms to self-quarantine and limit movement, since the testing process is so difficult and supplies are limited.

The Centers for Disease Control and Prevention (CDC) also notes that not all cases need testing. Some with mild symptoms can stay at home and take the recommended precautions to stop the spread of the disease without being tested.

But CDC notes that those experiencing serious symptoms, such as trouble breathing, bluish lips, confusion, and persistent chest pain, should seek medical attention. It also recommends calling medical professionals for advice, and notes that the need for testing can be decided by local health care professionals.

“If you’re feeling mild symptoms—because at that point you probably already had it for a while—and if it’s on the tail end of it … you’re just risking exposure by doing it,” Sievert said.

He thinks that by the time you figure out that you may have the virus, and if symptoms are mild, you may be better off staying at home.

“I think it’s only going to make it worse if people just keep freaking out and trying to go out, get tested, and get themselves out there in the public, and getting more exposure,” he added.

A few weeks before he contracted the virus, Sievert had not yet fully realized the severity of the threat. He even made jokes about it.

“It was still kind of ‘playful mode,’ where you make jokes about it still, but also you take it seriously,” he admitted.

He realizes now how serious the threat can be—and urges others to take the disease seriously.

“I’m an extremely healthy person, so it was kind of funny, because I was spouting off like an idiot before I got it,” said Sievert. “I was joking around saying, ‘I have the best immune system for it, I’ve been preparing for it for so long based on my lifestyle.’”

He had “doubled down” on Daily Harvest orders, which are organic recipes delivered directly to residences, and stocked up on “basic supplies and disinfectants.” But it still wasn’t enough.

Sievert had not been around anyone who traveled recently, and had not traveled outside of the country, either—which means he most likely contracted the virus through communal transmission.

As of March 30, 464 cases of the virus had been reported by health officials in Orange County, including four deaths.

Complying with California state mandates, the county has issued a stay-at-home order and shut down non-essential businesses until further notice.

“We know that there is risk countywide,” David Souleles, director of public health services for the Orange County Health Care Agency, said at a media conference on March 27. “We don’t need people to assume that either if their city has a high number or a low number that they are either at a greater risk or a lesser risk.”

“Where it’s at right now, it’s not even really funny to joke about at this point,” said Sievert.