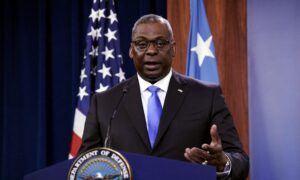 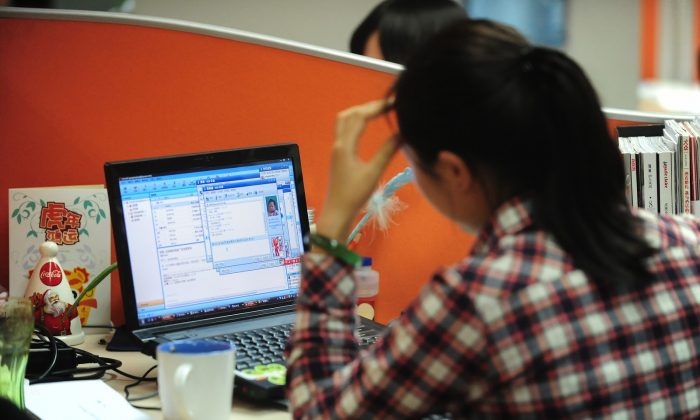 A woman works online in her cubicle at an office in Beijing on February 4, 2010. (FREDERIC J. BROWN/AFP/Getty Images)
China

When you’re in China, be careful who you displease on the Internet.

Early this March, Ms. Cao (pronounced “tsao”), a 20-year old woman in central China, posted a negative product review for two theme park tickets she had bought on Taobao, a popular Chinese shopping website similar to eBay. Due to mistakes on the supplier’s end, however, staff refused to let her boyfriend into the park for over an hour, thinking his ticket was invalid.

The mood of her date darkened, Cao left a scathing comment on the seller’s feedback page.

Soon thereafter, the seller contacted her and offered her 50 yuan (about $7) for her to delete the post. When she refused, she received a threatening phone call, Chutian Metroplis Daily reported.

On the phone, the seller called Cao an “unreasonable slut” and menaced her, saying that he was near her location.

Then, on March 4, Cao received two ominous packages in the mail, she told Chutain Metropolis Daily. One was a funeral couplet, and the other was a spirit tablet used to mourn the departed.


The seller responded strongly when contacted by Hubei Television. “You know, we tried peaceful means before resorting to force,” he said, referring to his 50-yuan “refund offer” to Cao. “But she wouldn’t let the issue go, what can I do? Some people just bear grudges.”

At the same time, the seller expressed some regret, saying that the incident had negatively impacted his business and forced many of his items off the shelves.

Netizens supported Cao. One said: “This funeral couplet is well-made. Keep it in case the seller needs it mailed back to him.”