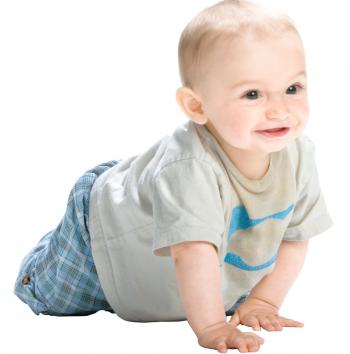 Researchers found that infants and young children can infer others' preferences by using statistics. (Photos.com)
Science

While they may not know what one plus one equals, children as young as 18 months old can infer others’ preferences for a certain toy by using statistical reasoning, according to new research published in Psychological Science.

When the contents of the box were revealed to the infants afterward, they stared at the box longer if the box contained more white balls than red balls (indicating that they didn’t understand why it happened), as opposed to staring less—being able to understand it more—when the box had more red balls than white balls (which is relatively consistent with the proportion of each color of balls in the box), which indicated that the infants had the ability to infer the contents of the box from what is drawn.

However, when 11-month-olds saw a person looking into the box before picking out the balls, they weren’t surprised by the contents of the box, suggesting that they knew the person was selecting intentionally.

Thus, researchers Dr. Tamar Kushnir of Cornell University, Dr. Fei Xu of the University of California at Berkeley, and Dr. Henry Wellman of the University of Michigan conducted two experiments to find proof that children can infer a person’s intention by observing his or her selection of toys among others.

In the first experiment, two sets of toys were used, and each set had three types of toys. Thirty-six 3-year-olds and thirty-six 4-year-olds participated in the experiment, for which they were introduced to a puppet called Squirrel. Toys were put into a box, and the children were asked to look inside it. Afterward, Squirrel picked out five toys, all of which were the same type.

When the box contains only 18 percent of that type of toy, and if Squirrel has no preference and is just picking toys out randomly, then the majority of the picked toys should be of a different type. But if all the picked toys are of the type that is a minority in the box, it probably means that Squirrel prefers that toy, and thus the children are expected to give Squirrel that toy in this situation.

On the other hand, if all the toys in the box are of the same type, Squirrel will have no choice, and his picking out those toys would provide no information as to whether he prefers them over others, so the children are expected to be equally likely to give Squirrel each type of toy.

With the hypothesis that children can infer others’ preferences by observing their selections confirmed, the researchers conducted a second experiment on infants. “It is generally thought that infants first infer desires and preferences by appealing to emotional cues, such as pleasure and disgust,” the researchers wrote in their paper, so they wanted to find out if infants could make correct judgments using statistics but not emotional cues.

In this experiment, 48 infants between 19 and 24 months old watched a person remove five toys of the same type out of a clear box that the infants could see through. Either 18 percent or 82 percent of the toys in the box were the type of toy that the person picked.

Then, the person asked an infant to give her a toy. The result was similar to the first experiment, with the infants being much more likely to offer the toy that the person picked if she picked it out of a box in which the toy was a minority.

“Babies are amazing,” Kushnir said in a press release. “Babies and children are like little scientists. Mostly they learn by observing and experiencing the world. Just let them do it. Later on, there will be time for formal instruction, but when they’re really young, this sort of informal learning is critical.”