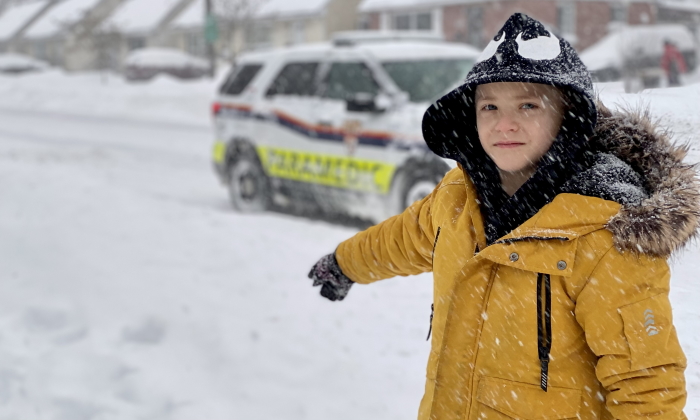 Clayton McGuire points to the spot where he found and assisted an elderly man who had fallen in the heavy snow on Jan. 17, 2022. (Ottawa Paramedic Service)
Canada 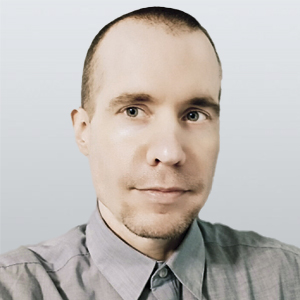 Ottawa paramedics are expressing their gratitude to a young boy for helping save an elderly neighbour buried in an Ottawa snowbank, following a massive blizzard on Jan. 17.

After eight-year-old Clayton McGuire notified his parents of the situation, they promptly called emergency services to request assistance.

Ottawa Paramedic Service took to Twitter the same day to thank the young boy for locating and assisting the elderly gentleman.

“Many thanks to 8 y/o Clayton who located a man who had fallen in deep snow near his house earlier today,” the city’s paramedic service wrote, ending their tweet with the hashtag #GoodNeighbour.

Many thanks to 8 y/o Clayton who located a man who had fallen in deep snow near his house earlier today.
The gentleman was almost all covered due to the huge snowfall when Clayton spotted him & notified his parents who activated 9-1-1.#GoodNeighbour pic.twitter.com/XHDLWZL5RZ

Responding to the Twitter post by the paramedic service, Ottawa mayor Jim Watson also congratulated Clayton on his selfless act of kindness. Watson called the young boy “an amazing and very kind person.”

Once Clayton alerted his father, Joey McGuire, he hurried outside to assist the elderly man, whose name has not been publicly released, according to a CBC report. According to Clayton’s father, based on the thick blanket of snow covering his elderly neighbour, he had probably been lying there for at least 20 minutes.

The McGuires helped the man back up to his feet and brought him to their porch to rest, while Clayton gave him a hot drink and blanket to keep him warm until the paramedics arrived. A spokesperson for the Ottawa Paramedic Service said paramedics treated the man on site and that he declined to be transferred to hospital, according to the CBC.

The incident occurred in the sparsely populated neighbourhood of Overbrook, in Ottawa’s east end. The city’s snowfall that day reached a whopping 47.8 cm.

According to the Mayo Clinic, there are several ways to reduce the risk of slipping and falling in the winter.

The medical centre suggests treating many areas as potentially risky in the winter, as icy spots are not always visible. In addition, walking at a slower pace can also better protect against falls. And if venturing out in snowy or icy conditions, ensure you have a cellphone to call for assistance in case of an emergency.