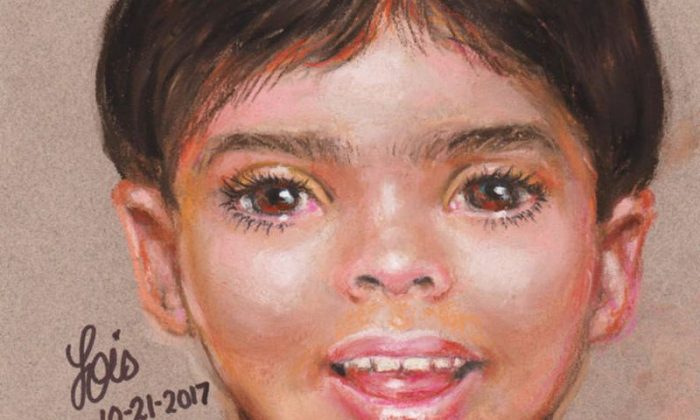 Young Boy Found Dead on Texas Beach 2 Months Ago: No One Knows Who He Is or How He Died

About two months after a small boy was discovered on a beach in Galveston, Texas, officials aren’t sure who the boy is or what happened to him.

In a report from The Wall Street Journal last week, the mystery of “Little Jacob,” as the child has been called, is no closer to being solved. The FBI has offered a $10,000 reward for information about the child, whose face appears on billboards across Texas.

Mystery of ‘Little Jacob,’ a toddler found on the shore, haunts a Texas town https://t.co/9mWUwtN1fw via @WSJ

Police are not sure if the child drowned or if he died before he got into the water.

“The surreal-ness of standing on a beach with a three-year-old lying dead and nobody looking for them, nobody calling for them—I have never experienced that in my time here,” Galveston Police spokesperson Capt. Josh Schirard was quoted by The Wall Street Journal as saying.

“I can’t wrap my head around what is happening here,” Special Agent Richard Rennison told the newspaper.

CW39-TV reported that the boy was between the ages of 3 and 5 years old. He was found Oct. 20 on the Galveston beach.

“It’s heartbreaking that no one has come forward to identify this boy or offer any clues as to what happened to him,” Assistant Special Agent in Charge Ed Michel of the FBI Houston field office added.

But, in the meantime, “Our focus continues to be on identifying the family of ‘Little Jacob,’” said Schirard, Patch.com reported. “Someone has to know who they are, who ‘Little Jacob’ is and what happened to him,” he added.