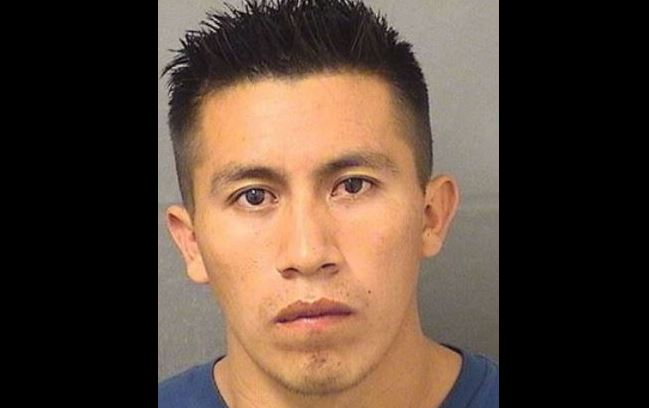 A 12-year-old boy in Florida who was targeted by an adult ran home yelling, “Stranger danger,” with authorities saying his quick thinking likely helped him avoid being kidnapped.

The situation happened near 100 Hibiscus Tree Drive in Lantana.

Police officers said that the male suspect yelled at the boy, telling him to get into a silver Honda that the man was driving.

The boy ignored the man and started walking away, but as the suspect continued to try to get the youth into his vehicle, the boy broke out into a run while yelling loudly.

A neighbor was alerted by the yells and jotted down the license plate number of the Honda Accord before the suspect drove away.

Detectives said that thanks to the tip, they located the suspect, Domingo Domingo Andres, 24, reported CBS12.

Andres admitted he tried to lure the child into the vehicle but alleged that he only wanted to take the boy to a store to buy him food or candy.

He initially denied that he had spoken to any children, claiming he had only spoken to an older man who asked him for a ride to the store.

Andres was charged with kidnapping and enticing and luring a child, with a bond set at $50,00, reported the Palm Beach Post.

WFLX reported that investigators said that there may be other victims and want anyone with information to call Palm Beach County Crime Stoppers at 1-800-458-TIPS.

It’s difficult to estimate how many children are abducted in the United States each year since many children who are missing aren’t reported missing, according to the National Center for Missing & Exploited Children.

According to CNN in January 2007, citing the center, just 115 children each year are the victims of “stereotypical” kidnapping.

“These crimes involve someone the child does not know or someone of slight acquaintance, who holds the child overnight, transports the child 50 miles or more, kills the child, demands ransom, or intends to keep the child permanently,” the center stated.

Of the 115 incidents, 57 percent ended with the return of the child.