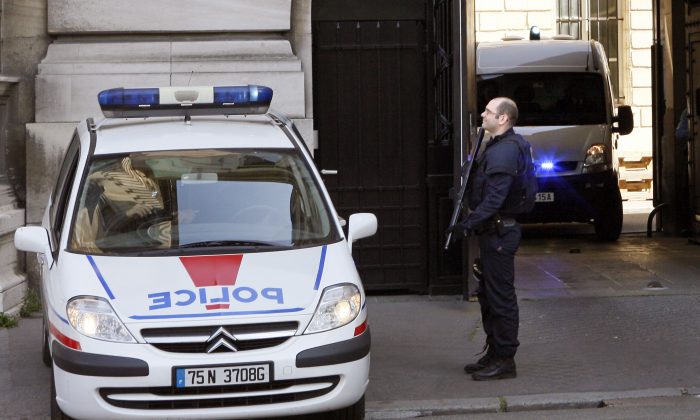 A police officer stands guard in front of the Paris justice court as a detenee's convoy drives out on April 27, 2010. (Thomas Samson/AFP/Getty Images)
UK

Don’t think you can get away with insulting a police officer with sign language. But a deaf man in the U.K. did exactly that, a court has heard.

Linley Hassan, 25, was arrested after he called an officer  “pig” in sign language, according to the Metro.

Peter Kelly, a prosecutor, said, “He was making a sign that the officer, who understood sign language, knew to mean ‘pig.'”

The incident went down at a McDonald’s restaurant in Kendal, Cumbria.

The man became “confrontational” after officers arrived, as he was “causing difficulties,” said prosecutors.

A defense lawyer said that “Hassan had had a volatile existence of late and had been going to great lengths to reduce his alcohol intake,” according to the Daily Telegraph.

Hassan pleaded guilty on charges for being drunk and disorderly.