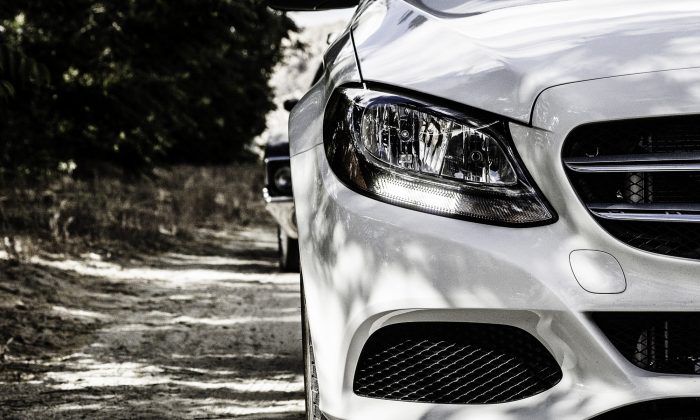 A file photo of a car. (Illustration/Pixabay)
Crime and Incidents

‘You Killed My Daughter’: Father of Toddler Who Died in Hot Car Speaks Out

The father of a toddler who died inside a hot car spoke out, saying he “pretty much lost [his] mind.”

Milliani Robertson-Lawrence, approximately 2, died on Aug. 16 after being stuck inside a minivan at a New Jersey train station for hours, authorities said.

Father Nasir Lawrence said he got a phone call alerting him as to what happened.

“Once I got the call, I thought it was a joke,” Lawrence told CBS Philadelphia. “I pretty much broke down and lost my mind.”

Lawrence said he was in prison recently and was trying to get custody of the girl back from her aunt and uncle.

He doesn’t understand what happened to lead to the death.

“How do you forget that there’s a 2-year-old who makes a lot of noise in the car?” he said. “What did you do for eight hours that you forgot a 2-year-old? Exactly what were you doing at the PATCO station? You killed my daughter. You took her from me.”

“It kills me to know that I won’t be able to hold my 2-year-old daughter again. It hurts too much,” Lawrence added.

“How do you leave a 2-year-old little girl in the car. And you get on the train for about eight more hours, come back and you have someone break the window because oh, you say, ‘I forgot. I left her in the car.'”

He blamed authorities for not approving custody for him, saying he’d taken parenting classes, undergone anger management, and taken drug tests but was still not given custody.

The Camden County Prosecutor’s Office said in a statement that the girl was found inside a vehicle at the Lindenwold PATCO station on Aug. 16.

“At approximately 3:38 p.m., Camden County Central Communications received a 9-1-1 call in reference to a child inside of a van at the PATCO High Speed Line in Lindenwold. When the Delaware River Port Authority (DRPA) and Lindenwold Police arrived at the scene, they located the 22-month-old female unresponsive in her car seat with the passenger window broken. The baby was pronounced deceased at the scene at 3:54 p.m.,” the statement read.

There have not been any charges filed as of yet but authorities said the investigation is ongoing.

Fifty-two children died from heatstroke in 2018, according to the Kids and Cars website.

According to the No Heat Stroke organization, 34 child vehicular heatstroke deaths have taken place so far this year.

The U.S. National Safety Council said that caregivers can be aware of the deaths and take action.

“Parents and caregivers can act immediately to end these deaths. Even on relatively mild days, temperatures inside vehicles still can reach life-threatening levels in minutes, and cracking the window doesn’t help,” the council stated on its website.